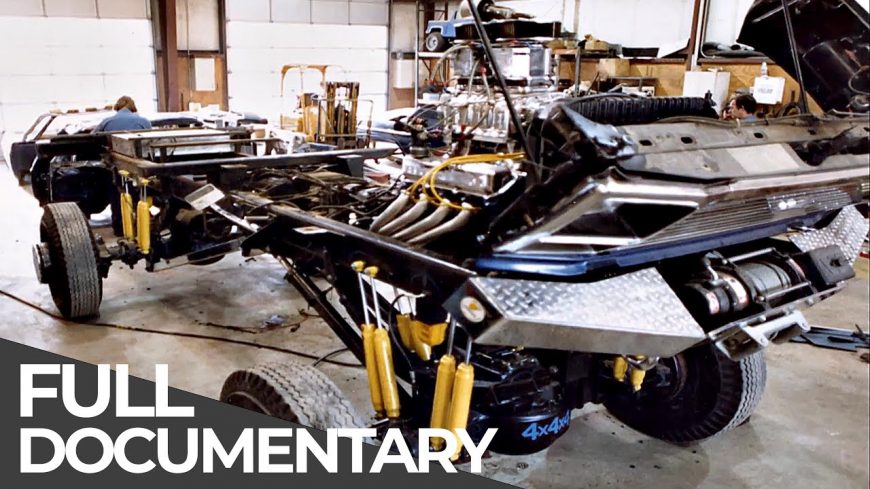 When it comes right down to it, building a monster truck isn’t necessarily something that is done in abundance. Naturally, these machines are going to be pretty unique in nature and with that, there comes a lack of a roadmap to get to the destination. Let’s just say that you can’t exactly Google how to build a monster truck and come up with a completely detailed plan. There’s definitely going to be a little bit of creativity along the way as these builders blaze their own trail.

This time, we check in with a full-length documentary that takes us inside all of the inner workings of one of these monstrous machines. At the end of the day, there is a lot of expectations that come along with such a machine. These considerations almost make the engineering ring seem impossible but when all is said and done, that makes the end product more impressive when it’s able to execute on a high level.

When most take one look at a monster truck, they probably think of one thing. The truck is pretty big and lifted high in the air. However, aside from being big, these machines have to make a plethora of other considerations as well. Just considering the fact that such a heavy machine needs to be able to fly through the air and come down without taking on catastrophic damage is a seemingly impossible task to take on in and of itself.

By following along below, though, we get to see how exactly these trucks come together to become the behemoths that they are. There’s just something special about rough and tumble trucks like these that can seemingly defy physics while they put on a show for everyone who takes the time to watch them soar.

This is how to build a monster truck.

« Hot ’39 Plymouth Pickup Truck is Powered by a Seaplane Engine!