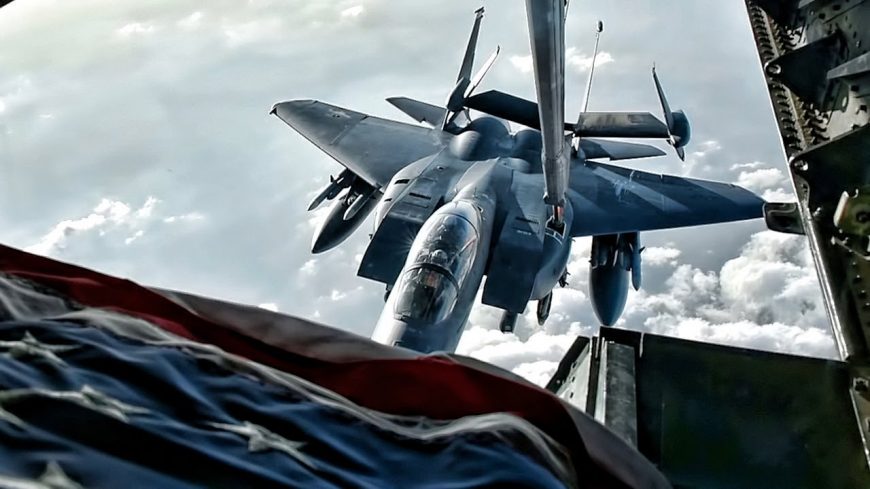 Flying a fighter jet for the United States military is one of the most intense jobs on the planet. Piloting a multi-million dollar aircraft at speeds often faster than the speed of sound while carrying enough firepower to wipe a city off the map requires years of training and practice and nerves of steel.

Refueling such a plane in midair also requires some ridiculous focus from both the pilot of the fighter jet, in this case a US Air Force F-15 Strike Eagle, and the refueling tanker-in-the-sky, the massive KC-10. However, as you can see in this hilarious video, the pilots of both planes manage to walk through the highly-precise refueling procedure as if it were little more than a walk in the park.

In fact, with the radio transmissions between the two aircraft being recorded, we are given a rare glimpse inside what is said between the crews, and it literally could not go any more unexpectedly. The conversation is not about a mission or other important military chatter, but instead they talk about something far more important: coffee!

That’s right, while these two aircraft are linked together with a retractable fueling boom carrying several gallons per second of precious fuel, the pilot of the F-15 and the boom arm’s operator share a rather intimate and lengthy conversation about coffee. While there was one comment posing the question of this being a new military code, I think the pilots and crew are just so good at what they do thet inane conversation is just the easiest way to pass the time while the F-15’s tanks are replenished.

This is absolutely comedic to listen to and has to be a welcome change from the intensely focused duties being carried out by the fighter pilot and the refueling crew. We love to see moments like this for our men and women in uniform and hope to see many more like it.

« NHRA 101: How to drive a Turbo Car with Bruno Massel