There’s no two ways about it, sonic booms are cool!FLASH SALE!!!! click the image ...

There’s no two ways about it, sonic booms are cool!

For one, they just sound purely awesome, an audible representation of raw power and aerodynamics melded together to create a sound like no other. And, more importantly, they are caused by nothing but pure speed, requiring an aircraft – and a single wheeled vehicle – to travel faster than sound. It’s something we sort of take for granted since we’ve seen it for years on TV and in movies, but a vehicle designed, built and piloted by humans that is capable of traveling faster than the speed of actual sound waves. That’s why there’s always a delay between a supersonic craft passing over and the actual sound FROM that aircraft, including the ear-drum smashing sonic boom.

There are a host of military aircraft capable of flying faster than the speed of sound. In fact, just about any modern jet-powered aircraft is capable of going supersonic. However, there are strict regulations against creating sonic booms over land due to the noise, which is very loud and sounds like an explosion. There are a few areas over land where they restriction doesn’t apply, mostly over remote desert testing areas, but the speed limit is wide open over the open ocean, where pilots are free to scream past the sound barrier at will as long as they’re a few miles off shore.

What you’re seeing in this video is a demonstration of that freedom, where a boat load of observers have gathered to share the experience of an F-18 Super Hornet blasting them with a sonic boom as it screams by overhead. You can barely make out the plane on the horizon, appearing first as little more than a speck against the sky. However, as you may imagine, things change really quickly at 750 MPH, so just a few seconds later, the jet is up close and personal and blasting the onlookers with a wicked sonic boom. What an awesome experience that has to be! 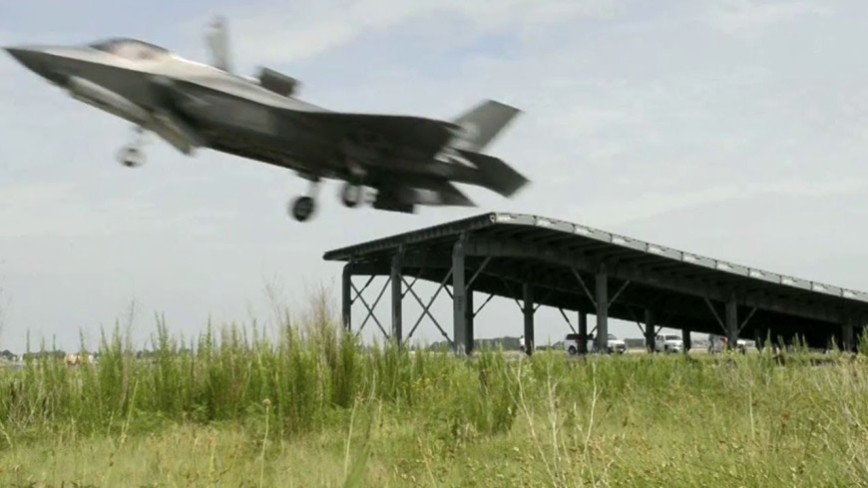