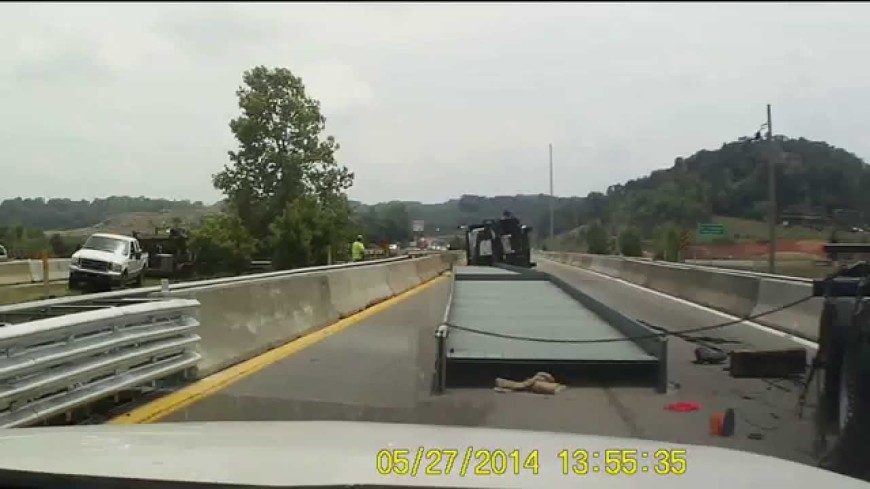 When hauling along such a big load like the one depicted in this video, precision can be the difference between a big payday and a big insurance claim.

This time, unfortunately, we’re exposed to a bit of the latter as this truck driver misses his mark by mere feet and ends up causing thousands of dollars worth of damage.

After swinging a turn just a little bit too wide, the rear end of this guy’s load ends up getting caught up on a wall and the giant steel beam that this driver is hauling tumbles over, taking the semi-truck with it!

Check out the video below as the entire sequence was captured on a following vehicle’s dashcam. This might be one expensive blunder to fix, but at least they got away without involving other motorists or being stuck in a high danger situation.

When leaving the truck in neutral, this boat launch went INCREDIBLY wrong.