Legendary Indy 500 Pushed Back Due to Coronavirus Pandemic

Legendary Indy 500 Pushed Back Due to Coronavirus Pandemic

As time goes on, we can only watch and wait to see what developments come as a part ...

As time goes on, we can only watch and wait to see what developments come as a part of the COVID-19 crisis.

As most have probably seen, event after event has been getting canceled. In the world of racing, promoters seem to be trying to find a potential timeline to reschedule their races. Anything released, though, is pretty much a guess at this point. Nobody really knows when we’re going to be able to safely gather again.

We wouldn’t be entirely shocked if race season 2020 was just skipped entirely.

In an unfortunate but very necessary development, one of the most iconic races in the world has recently been called off. In the recent announcement, we learn that the legendary Indy 500 will have to be moved.

Indianapolis Motor Speedway took to their website to make the call.

“The Indianapolis 500 Presented by Gainbridge has been rescheduled for Sunday, Aug. 23 due to the COVID-19 pandemic officials from INDYCAR and the Indianapolis Motor Speedway (IMS) announced today. The 104th edition of “The Greatest Spectacle in Racing” will air live on NBC, with the official green flag time to be announced at a later date.

The GMR Grand Prix will transition to Saturday, July 4 on the IMS road course as part of a historic double-header featuring the NTT INDYCAR SERIES and NASCAR. This first-of-its-kind racing event also will be televised by NBC on Independence Day.”

The event’s original scheduled date on May 24th shows just how far out events are being called off.

Stay tuned to Speed Society for any and all updates on your favorite racing promotions’ schedules. Hopefully, before long, this epidemic will be in the rearview mirror and we can get back to racing.

For now, though, we recommend that everyone follows quarantine protocol so we can get back to going fast!

Month of May Update from IMS and IndyCar: The Indianapolis 500 presented by Gainbridge has been rescheduled for… 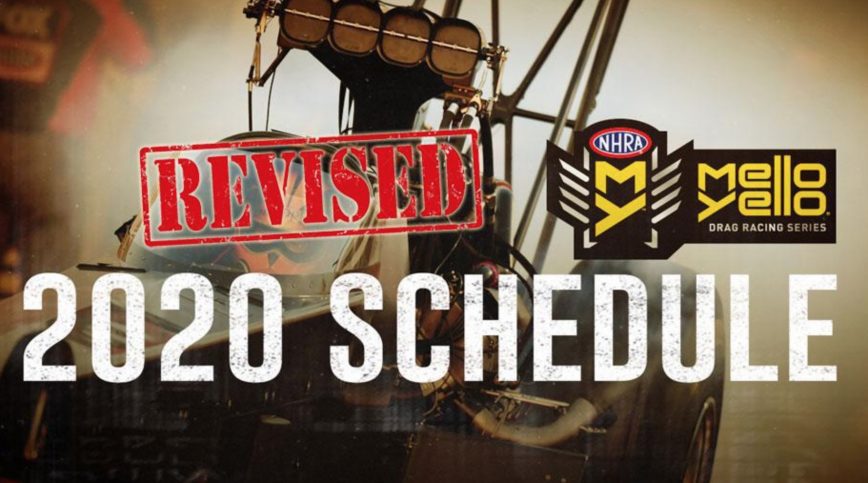