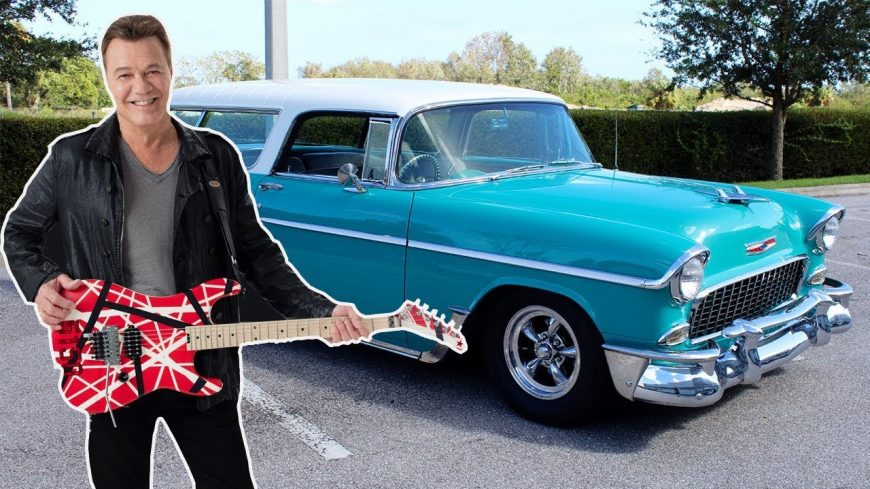 Famed rocker and Automotive Enthusiast Eddie Van Halen lost his battle with throat cancer today at the age of 65, a disease he attributed to his yers of storing a metal guitar pick in his mouth and not his years of smoking cigarettes.

Eddie was mostly known to the world as the founder of “Van Halen” an iconic rock band he founded, wrote songs for, and played guitar alongside his brother Alex. Having numerous smash hits that topped the charts through the late ’70s, the ’80s and the 1990’s even getting a grammy nomination in 1992.

Van Halen was also an avid car collector and could often be seen cruising the streets of Los Angeles in anything from Classic Chevrolets, Ferraris, a 1971 Lamborghini Miura to modern-day sports cars like his Porsche GT2RS and two Audi R8s, a V-8 and a V-10. Both R8s are supercharged and fitted with custom exhaust systems. And then there’s a 1947 Dodge flatbed for slow rides.

It’s a sad day across many platforms as we truly lost an aficionado and icon to both the rock music world and the automotive scene. RIP Eddie Van Halen

The first is a 1970 Chevy Nova, with a price tag of $100,000. Painted in “Tang yellow-orange,” the car was customized by Bones Fab, who put in a 650HP LSX 454 engine, an upgraded suspension and larger tires. In tribute to the engine, the license plate reads “GOT LSX.” The description says that the car is “all dialed-in and brutally fast,” adding that Van Halen regularly drove it on California’s freeways.

« Remembering 4 Fast Cars That the Pawn Stars Tried to Buy