Farmboat Rips Wheelies in the Water!

Farmboat Rips Wheelies in the Water!

Those who have been keeping up with Farmtruck and AZN have probably noticed that the ...

Those who have been keeping up with Farmtruck and AZN have probably noticed that the dynamic duo has a pretty awesome new television show. In the show titled Street Outlaws: Farmtruck and AZN, everybody’s favorite duo get together for their very own show in order to create the type of machines that we’ve become so used to seeing from them.

Over the years, Team FNA has surprised fans with all sorts of obscure and off-the-wall creations. Part of the fun is in the fact that we never know what exactly it is that’s going to come next and as such, there’s now an entire show dedicated to exactly that.

In this show, we tune in as the duo creates a new machine and each and every episode. One of the first wild and wacky creations that we saw come to life is that a Farmboat.

For those who have yet to be acquainted, essentially the idea is to make a pontoon boat that looks exactly like their bright orange Chevrolet C10. Instead of tearing up the streets, though, this monster is going to be used to tear through the water and go incredibly fast while doing it.

This time, we get to check in with the FarmtruckandAZN YouTube channel as we duck our heads behind the scenes to see exactly what the crew has been doing to get the Farmboat ready.

In this one, we follow along as FNA gets ready for a big race at Blarney Island this summer. In order to prepare, just like with the Farmtruck, Farmboat needed some testing done to make sure everything was just right and that’s what we get to spectate in this video.

In addition, most of the team FNA is able to go on a ride to experience exactly what this Frankenstein creation is able to do.

Farmtruck and AZN Take us to Farmageddon, Visit the Troops! 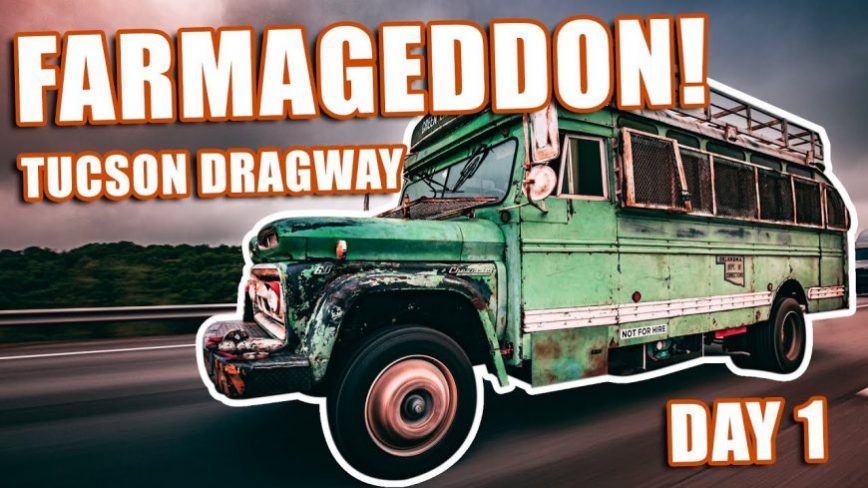