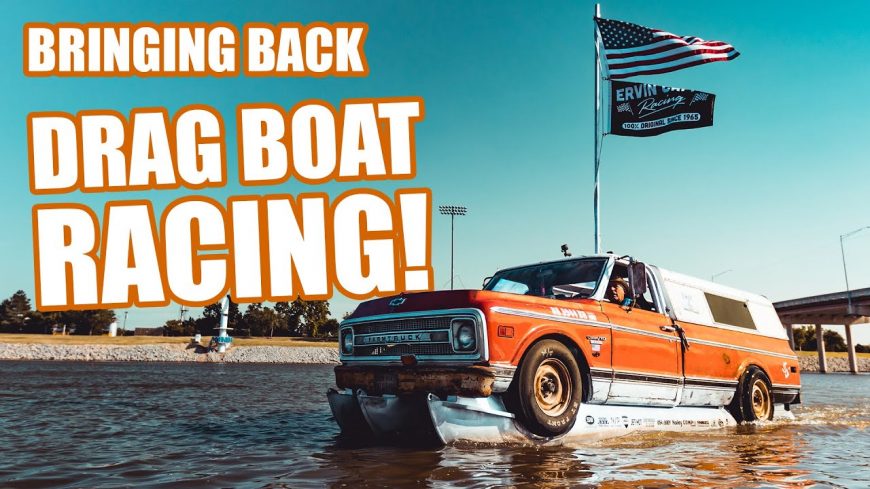 As many of us know, Farmtruck and AZN have been hard at work on their own self-titled television show. On the show, each episode features a new build from the dynamic duo that really stretches the limits of creativity. One of the fan favorites among the mix of different rides has to be the one that goes by the name of Farmboat. After going incredibly viral upon first sight, it just seems like something that folks can’t get enough of.

This time, we get to catch up with the performance pontoon boat that looks an awful lot like a Chevrolet C10 that we’re incredibly familiar with.

In this outing, FNA launch the race boat at home in Oklahoma. The idea here is to make a couple of passes down the river in between race boat passes on what also happens to be Farmboat’s birthday of its maiden voyage.

By following along with the video below from FarmtruckandAZN, we get to watch as the Farmboat is broken out and shown off a little bit. Unfortunately, the ride is cut a bit short as the boat ends up going through a little bit of trouble as a mechanical issue pops up. As it turns out, projects on the water are just like any other project as they tend to have things that go wrong when you least expect them to. What fun would it be to wrench on something if a curveball didn’t pop up every now and then, anyway?