Farmtruck and AZN Broke the Prison Bus on its Maiden Voyage! 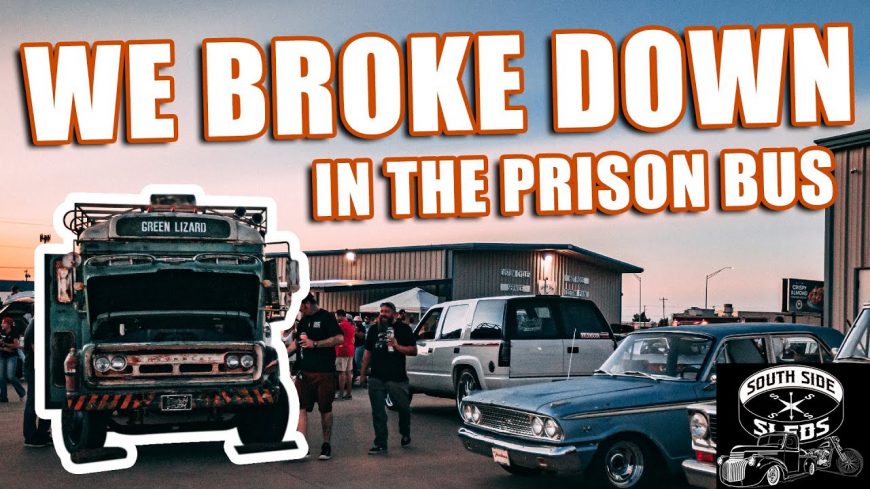 Team Farmtruck and AZN has put together some pretty crazy creations over the years. With the recent filming of their television show, Street Outlaws: Farmtruck and AZN, the projects have come fast and furious. As each episode focuses on a new project straight from the minds of team FNA, they have really been at the drawing board, putting together some wild concoctions that are a lot of fun to watch.

At this point, one of the creations that has got the most camera time on their YouTube channel is called the Green Lizard. This Green Lizard is a prison bus that has received some serious modification and appears to be a lot of fun. In addition to looking like an absolute blast, AZN attests that this is perhaps the scariest thing that they own.

Anyhow, with just about any project there has to be a maiden voyage! No project was born perfect and the way to figure out how to iron out all the wrinkles is to take that new contraption for a drive and see how it does. In this particular YouTube video on the FarmtruckandAZN YouTube channel, we get to join in for just that mission as the prison bus makes its way down the highway and ends up showing that first wrinkle incredibly quickly. After the bus breaks down in the middle of the highway, we watch as the crew struggles to find out what happened while in the middle of the road!

Let’s just say that when you combine customization with a 60 year old prison bus, there might be just a couple of curveballs thrown in your direction. Down in the video below, we get to see exactly how Farmtruck and AZN handle that curveball and what they plan on doing next! Will they get to the bottom of the issue? Find out down below.