Farmtruck and AZN Debut “Spit Wad” Build (Behind the Scenes) 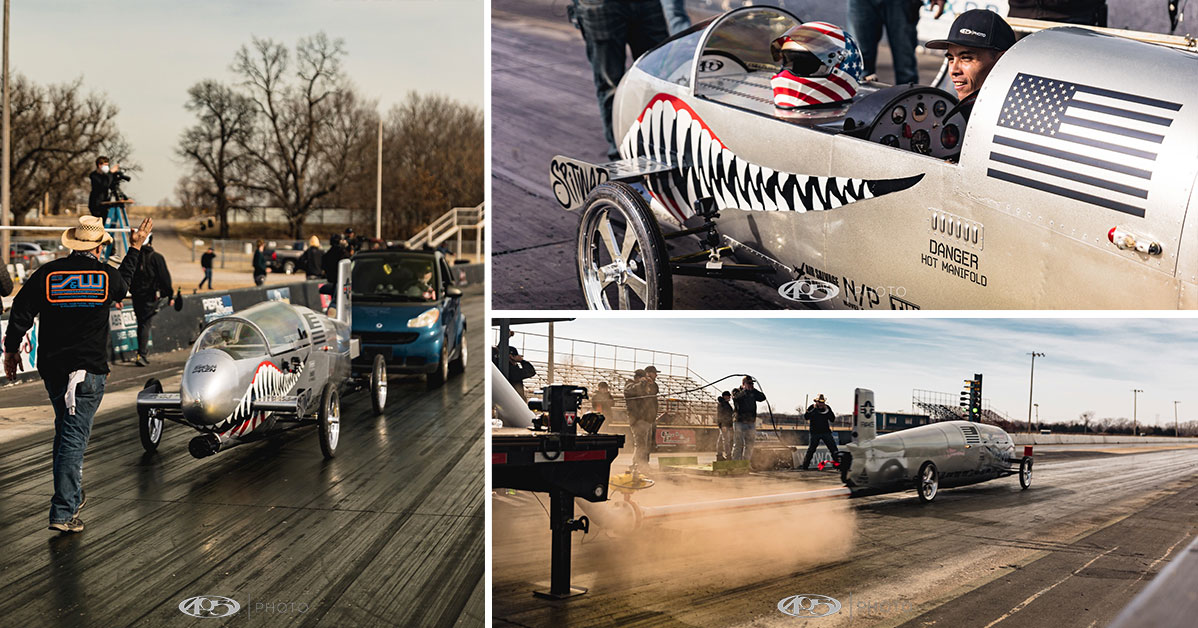 As fans of the 405 will tell you, Farmtruck and AZN’s self-titled Street Outlaws spinoff is officially underway. The idea behind the show is to take the off-the-wall thought process, the same thought process that has produced some of the most interesting machines on wheels as created by Farmtruck and AZN, and apply that ideology to a variety of new builds.

Each episode is going to have its own build and so far, we’ve been exposed to some really interesting ones. We’ve seen a modified prison bus, a Farmtruck inspired boat, and a trailer that you can actually drive without a pulling rig. Long story short, we truly never know what’s going to come next when FNA puts their heads together and comes up with another new project.

In episode three of the new show, we run into a creation that goes by the name of “Spit Wad.” Spit Wad kind of looks like a missile on wheels. When approaching it, it’s kind of hard to know what to expect. What we find out, though, is that this machine is air-powered and looks to be designed to go down the drag strip.

In this particular video, we get to take a look behind the scenes of the third episode of the inaugural season of Street Outlaws: Farmtruck and AZN.  It’s pretty wild to watch some of these obscure creations come together to show us just how far a little bit of creativity can go. The thing that we absolutely love about these sorts of inventions is that we really have absolutely no clue what’s coming next and this build shows us just that.

Down below, those who got introduced to Spit Wad on the Discovery Channel get a little bit more of an idea of exactly what it was like getting this thing down the track!

« Counting Down Top 5 Fast and Furious Races of All Time