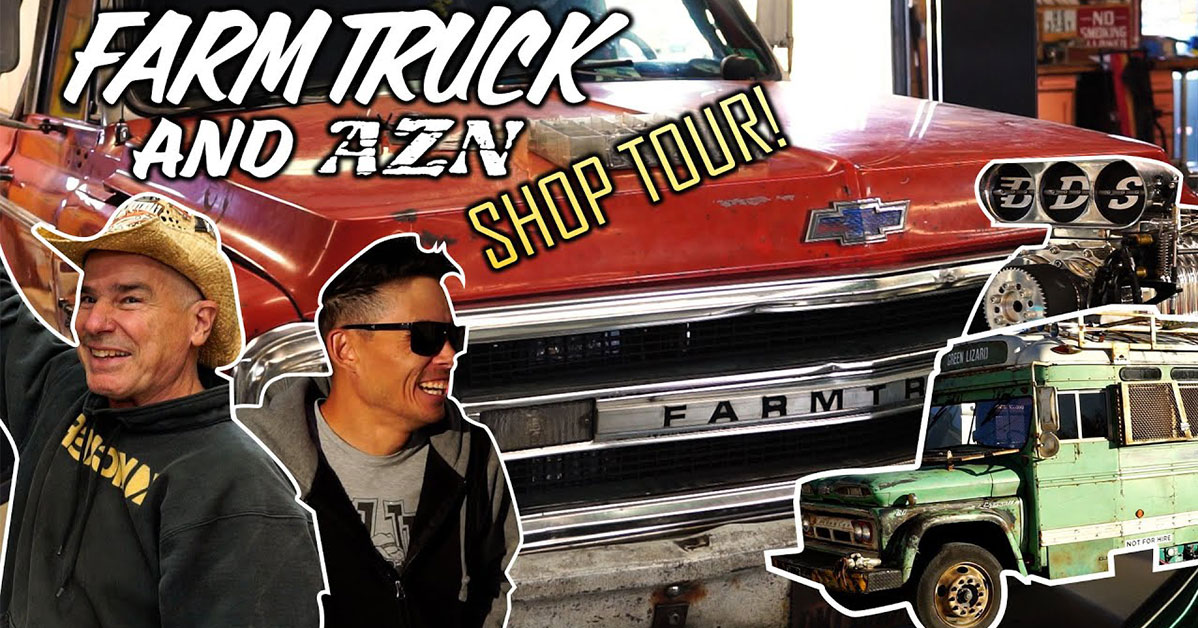 If there’s one thing to expect when it comes to the dynamic duo of Farmtruck and AZN, it’s to expect the unexpected.

The tag team that we all know and love from Street Outlaws got their start by putting together unconventional rides in the name of going fast. Sure, we all love our hot rods but this duo really does things differently. Instead of building the typical machines that we would find at a drag strip, they became popular because of the bright orange Chevrolet C10 that looks like it was literally driven right off of a farm and to the races. Nobody was expecting it to be a competitor but one wheel stand and a couple of wins later and team FNA had built a reputation for themselves.

Since then, the builds have only spiraled further from the beaten path. In fact, these wacky and off-the-wall builds have been so popular that the duo even has been granted its own self-titled reality show to showcase them and build some more!

This time, we get to take another look at exactly what FNA have going on behind the scenes. In this epic collaboration from Street Racing Channel, we get the FNA shop tour to see what has been going on in the Farmtruck and AZN garage.

We have seen a couple of these builds come to life on our television screens. However, this particular video takes an alternate angle at giving us more detail on what has been going on and how these machines came to be.

As one comment or pointed out, Farmtruck and AZN seem to you have their priorities rooted in having a good time and bringing that good time to others. When we take a browse through their garage and check out some of the stuff they have been building, this idea is readily apparent.