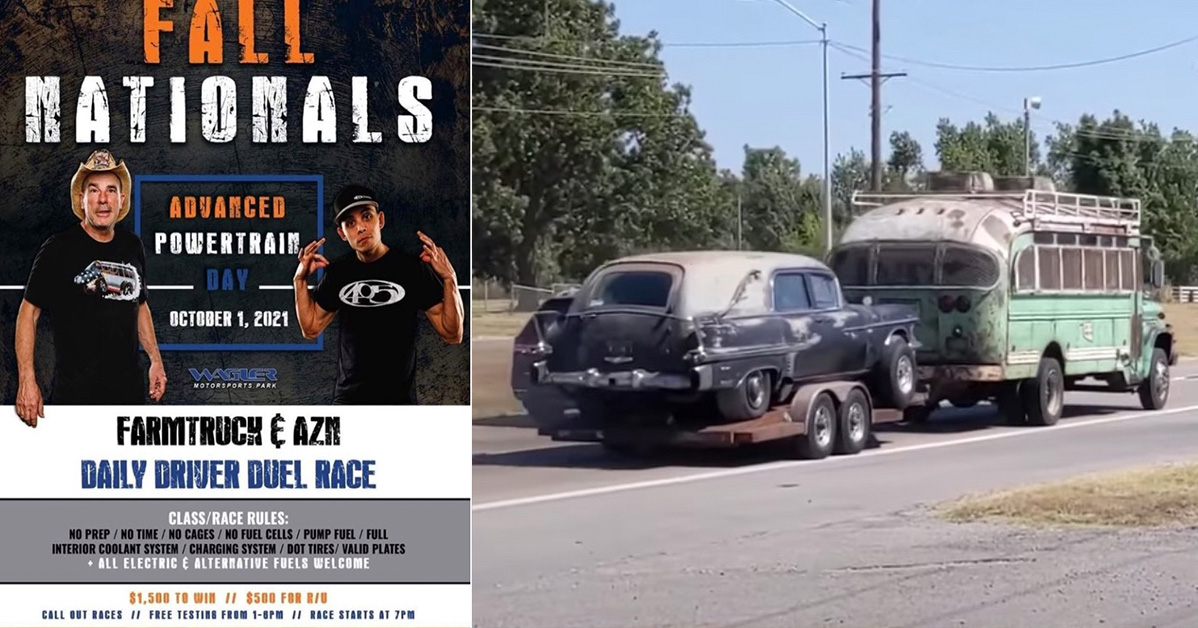 As we have all seen at this point, Street Outlaws fan favorites, Farmtruck and AZN, have secured their very own TV series. In the series titled simply “Street Outlaws: Farmtruck and AZN” we will watch is the dynamic duo attack a variety of different projects. Each and every project will have its very own special team FNA twist thrown into the mix as well. As Farmtruck and AZN have become well-known for their off-the-wall concepts coming to life, we will be delivered a lot more of the same as they go above and beyond on wacky builds in the name of entertaining the masses!

As of now, only the pilot episode has aired on Discovery with others slated to come later this year. For now, though, big fans of FNA can rely on the FarmtruckandAZN YouTube channel to get a little bit of a taste of what they’re going to be able to see when the duo makes their way to Discovery Channel.

This time, we get a little bit of a sneak peek of what their prison bus project is going to be all about. In addition, FNA reveal that they plan on doing a little bit of testing with this obscure machine this upcoming weekend.

You’ll be able to catch FNA getting down to business at Wagler Motorsports Park Advanced Powertrain Day on October 1, 2021. They say that they’ll also be hanging around Saturday for a truck and tractor pull as well. In addition to seeing the prison bus in person, those that stop by the event will be able to see FNA’s hearse as well.

Down in the video below, we get the full rundown of what fans can expect this upcoming weekend along with some of what they might be able to expect when Street Outlaws: Farmtruck and AZN airs on Discovery.

« The First Official C8 Z06 Imagery Has Been Revealed