If there’s one thing that we know about Farmtruck and AZN, it’s ...

If there’s one thing that we know about Farmtruck and AZN, it’s definitely that they have a taste for some different things in life. Instead of going down the conventional road, the dynamic duo always seems to have their nose into something that’s not exactly what one would expect. Along the way, this has created a lot of awesome sleepers that nobody saw it coming and have managed to win some races. Certainly, something like the OG Farmtruck, for example, had to have caught a lot of people off guard when it originally got rolling.

As it turns out, the deeper that we dig into the FNA garage, the more surprises that we find. This time, we touch base with an oldie but a goodie that certainly is guaranteed to turn heads wherever it goes. However, it also happens to be a vehicle that the crew behind it isn’t all that fond of. We all have those rides where things don’t seem to go right. However, Farmtruck and AZN’s hearse takes things to an entirely new level.

Not only is the car constantly in development but it’s constantly breaking things as well. However, we can’t deny the cool factor of a diesel-powered hearse that’s assisted by a little bit of nitrous along the way. Because of the super heavyweight status of the car, though, it likes to break components all of the time. In fact, Farmtruck and AZN tell us that every time that they take this thing out, there’s something else that’s going wrong with it.

Down in the video below, we got up close and personal with the diesel-powered hearse that is due for a little bit of testing. Time and time again, this thing might give the dynamic duo a little bit of trouble. However, when we see just how cool this thing is, we can’t help but drool over it anyway. 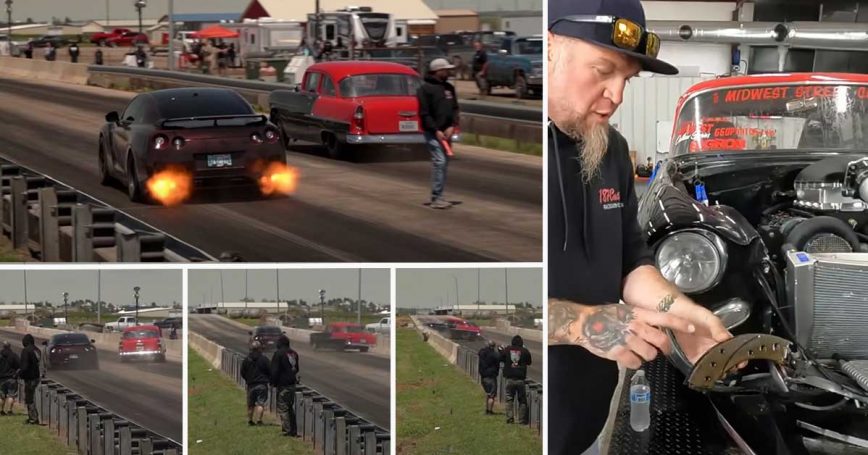