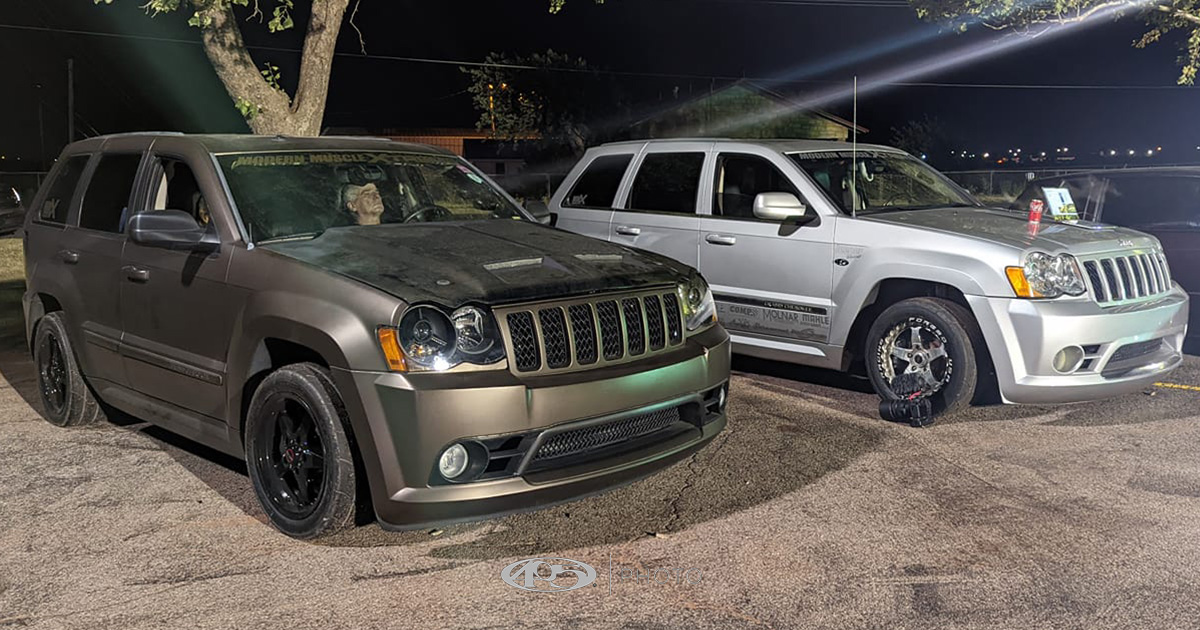 As fans of Farmtruck and AZN will tell us, the dynamic duo most certainly is no stranger to putting together something unique or different in the garage. With that, FNA has collected quite a stable of vehicles that might look unsuspecting to some but really pack a punch. When they line up with a competitor who’s not ready, the look on their face is sure to say it all if a camera rolling at the right time!

This time, we check in with another rendition of “Pop the Hood!,” a series where FNA take us inside of some of their rides to show us exactly what makes these things tick. In this particular example, even though both of the featured SUVs were delivered from the factory as a performance package, a little bit of help in the aftermarket performance modification category has certainly taken the Jeep Grand Cherokee SRT8 pairing to an entirely new level. At the time of its release, the SRT8 Grand Cherokee was certainly a menace to everything on the streets. These monstrous SUVs, though, definitely take things to an entirely new level.

In this one, we check in with the silver Jeep that has become known as “Jeeper Sleeper,” along with a copper-colored SRT8 Jeep that has become known as “Penny.” While both of these heavyweights have their differences as one is ProCharged and the other features a twin screw supercharger, Farmtruck, and AZN insist that these things also have a lot more in common than one might see at a first glance.

By following along with the video below, we get a front-row view of exactly what modifications have come together and how the use of boost, nitrous, and some other carefully selected goodies have turned these high-strung family haulers into something else entirely.