Team “FnA” Take on Hellcat With the Gonorail 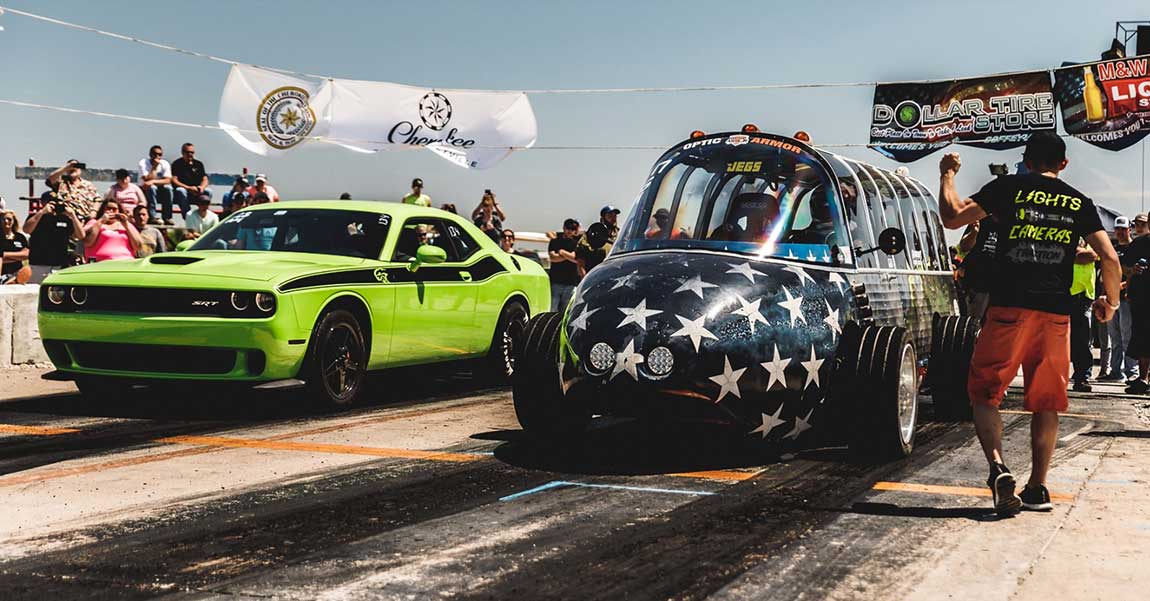 If there is one thing that we can expect out of Farmtruck and AZN, it’s that they have been known to make some pretty wacky racing machine. Even with the vehicle that they became known for, the Chevrolet C10, known as “Farmtruck,” their brand has always seemed to be that which is unconventional. This has trickled down into other builds that they have taken part in. Whenever they unveil their next creation, we know that it’s always going to be something that piques imagination. There’s no telling what’s coming next from the dynamic duo.

One of the latest, as fate would have it, it is known as the “Gonorail”. This mad machine brings more of the same. The LS2 and  F-1A-91 ProCharger supercharger powered machine is really something unlike anything else. Created for Mega Race 2, we can’t say that we have ever seen a machine quite like this one. Wile the monorail design makes this thing look more like a bus than a racing vehicle, we assure you that It certainly has some “go” behind it. In fact, we might even qualify this thing is a sort of super sleeper.

By following along with the video below, we get to catch up with the action as the Gonorail gets to work. This time, in the next lane over, we see one of the hottest cars on the market today. The Hellcat that’s taking on Farmtruck and AZN looks to be quite the stout competitor. We aren’t given much information on this Mopar but from the looks of things, with the hefty wheel and tire combination, it looks like it came to play. How will this street machine hold up against the Mega Race monster? Follow along with the National No Prep Racing Association video below to find out.

« BREAKING: The Rock Is Out! John Cena Added To Next Fast And Furious Movie