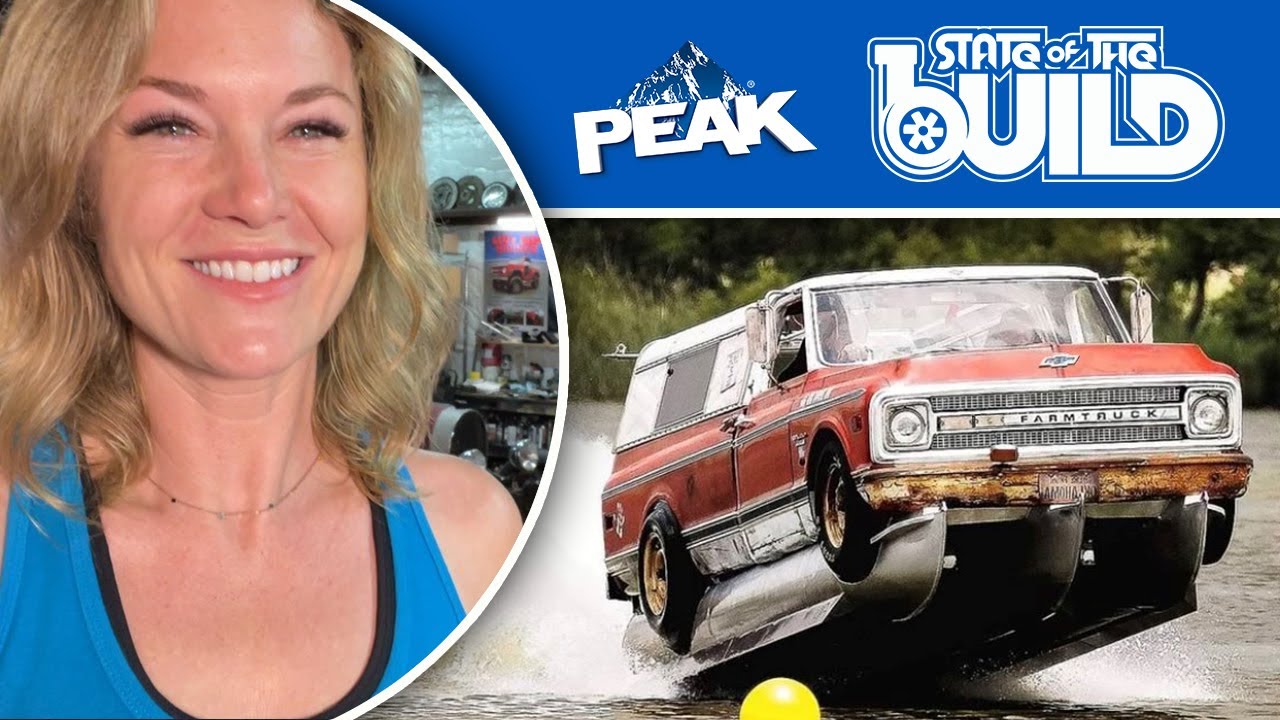 As plenty of people have seen at this point in time, Farmtruck and AZN are going viral yet again for another one of their off-the-wall projects. As it turns out, this project was leaked a little bit earlier than it was supposed to be thanks to some bystander videos that went viral. The build even made it to the news!

However, FNA has come out and given us some of the details on what exactly it is that makes Farmboat so great, spilling the beans on the build that has been stirring in comment sections around the web.

To get things started, our host, Emily Reeves does a great job of asking just the right questions. For starters, she dives into asking where the idea came from in a recent episode of PEAK Auto’s “State of the Build.” To this question, FNA responds that they’ve had the idea for quite a while and that it was finally time to bring it all together.

The build is a part of the upcoming STREET OUTLAWS: FARMTRUCK AND AZN television show in which the duo has unveiled that we will see eight different episodes that will cover eight different builds. We would probably guess that each one will have its very own special Farmtruck and AZN twist as the “Farmboat” is quite an interesting start to the journey.

From there, Reeves was curious what kind of experience the team FNA brought to the table to which they responded that they didn’t have all that much. In fact, apparently, the original idea was to mount an outboard engine to the tailgate – a plan that had taken on the water when they started doing their research.

However, a pretty cool feature of this build is that the Farmboat instead is powered by the original 502 cubic inch V8 that was under the hood of Farmtruck before it received some upgrades. To make all of the magic come together, the power plant is combined with a jet drive to get the show on the water!

Down below, you can check in with the most recent “State of the Build” episode to see what Farmboat is all about!

« Could a $40 Harbor Freight Tire Changing Machine Get the Job Done?