Farmtruck Challenges the “No. 1” Fastest Drag Racer From Florida 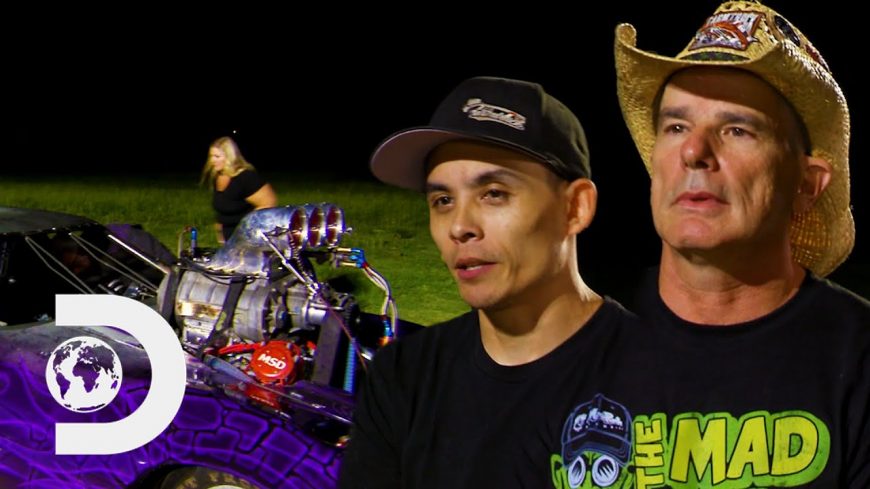 When someone claims to be the fastest racer in any capacity, they basically are signing up to be called out. It’s definitely a tough territory to be in as everybody wants to be the fastest but putting that giant target on your back is certainly something that can cause some heat.

This time, we ride along with a throwback episode of Street Outlaws that shows off an individual who is supposedly the fastest drag racer in the state of Florida. This racer who goes by the name of Wayne finds himself wheeling a ProMod Chevrolet Corvette.

Now, we would think that somebody who claims to be the fastest would have no problem getting called out by pretty much anybody. However, when the owner of the Corvette was called out by Farmtruck to race the heavyweight Chevrolet C10, a bit of drama ensued. As it turned out, Wayne didn’t want to be the first one to go down the particular strip of street that everybody was competing on that night, presumably because being the first ride down is signing up to be the guinea pig to see how conditions are and running without rubber on the road to aid in traction.

In any case, even though this racer was hesitant to face off with Farmtruck, a little bit of peer pressure seemed to get to him. Eventually, we check in with the Farmtruck as it lined up next to this pretty badass ProMod to see exactly who would reign supreme. While the Corvette was definitely the car making more power and quite frankly the faster ride, Farmtruck had a stout advantage in the fact that it was set up to be able to stick to whatever surface the race is on, especially the street.

So, who is going to come out on top in this $1000 battle to the finish line? Find out for yourself in the Street Outlaws throwback below.