Farmtruck Did it AGAIN! – Another Trailer Full of Surprises 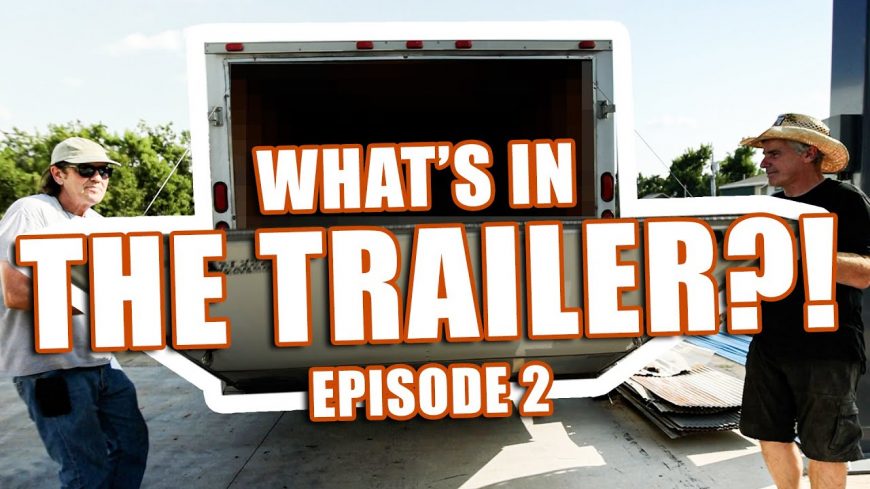 It seems as if one of the guarantees of living life alongside Farmtruck is that you’re going to be introduced to a lot of surprises. In recent drops from the FarmtruckandAZN  YouTube channel, we have seen Farmtruck coming home with all sorts of surprises. Last time, we joined in as he unveiled his find of an old school Chevrolet pickup truck.

This time, though, he comes through with another find that definitely isn’t what we expected to see. Let’s just say that this find can get broken down into two separate categories.

The first is incredibly odd as Farmtruck opens up the trailer door to unveil that he has found a variety of prison toilets. That’s right, those steel toilet and sink combinations that you’ve probably seen on your favorite prison related television show and hopefully have never seen yourself were just there for the taking, and Farmtruck seems convinced that he can make a profit selling them on eBay. A little bit of research has turned up these things should be worth at least $1000 if not $2000 so it might actually be a pretty awesome find!

From there, things get a little bit more familiar even though Farmtruck is still looking to throw a little bit of a curveball in the direction of his buddies. While the next item in the trailer is a vehicle, it’s definitely another ride that’s unconventional and a lot of people might not even recognize it.

Anyways, we’re not going to spoil the surprise for you. Instead, by tuning in with the FNA video down below, you’ll be able to see exactly what Farmtruck had in store for the crew for yourself. I’m not going to lie, being surprised with a new ride every couple of days definitely sounds like an interesting way to live