Farmtruck Gets a New Motor and Goes Fishing – Flashback! 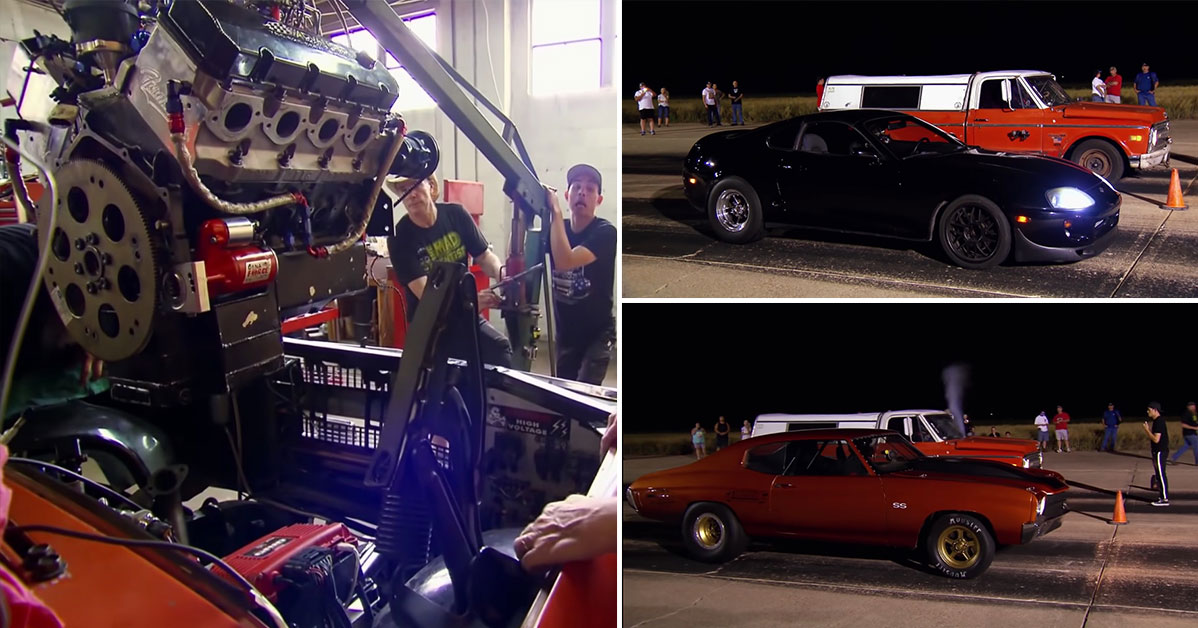 These days, as Farmtruck and AZN have received their own Street Outlaws spin off show where they build all sorts of wacky creations, it can be easy to forget where they came from. However, fans who have been fans of Street Outlaws from the start remember that orange Chevrolet C10 setting up competitors and knocking them down. How could we forget all of the fun fishing sessions along the way where Farmtruck and AZN would go from town to town, trying to find a little bit of competition to throw down with?

This time, we get to check in with one of those throwbacks that might just have fans taking a walk down memory lane. In this particular episode which we found in season five, the old C10 just received a little bit of an upgrade. It was actually a big upgrade as the truck took on a new motor which is always an interesting time.

In this one, we watch as Farmtruck goes head to head with a Camaro, Mustang, and even a Toyota Supra before racing the big dog of the group, a Chevelle with a parachute that seemed to be the fastest of the bunch.

Down in the video below, we get to join in with the action that shows a little bit of a throwback that had the competition heating up.