There are certain issues that plague our nation that really need as much attention as ...

There are certain issues that plague our nation that really need as much attention as possible. With all the veteran lives affected by PTSD, it’s really something that we need to come together and try to eradicate and, with an effort like you see from the Run 2×2 Veterans, it can really give you hope that maybe, one day, there will be enough awareness so that we can come up with a solution to this problem that is certainly one that needs our attention desperately. You really have to admire what these guys are out here doing because they’re really putting it all on the line to help out people who might be in a bad position.

As it turns out, Farmtruck happened to be out and about when he spotted the two guys in the midst of running 3000 miles across the country to raise as much awareness as possible for PTSD and he was drawn in by their dogs, of all reasons. When he approached their van and asked them about what they were trying to accomplish, he immediately was blown away by what they responded with as they told him how hard they’re working, running 40 to 60 miles per day in order to do their best to raise awareness. Just one more person aware could mean a small donation or something as simple as a helping hand toward helping somebody get through these tragically difficult times with this condition.

If you follow along down in the video below, you’ll be able to see Farmtruck’s interaction with the guys as he learns a little more about what they do and we’re told a little bit about how we can help. If you check out their website, you might just be able to find out a way that you can help with this condition that really hits hard and needs someone to hit hard back. 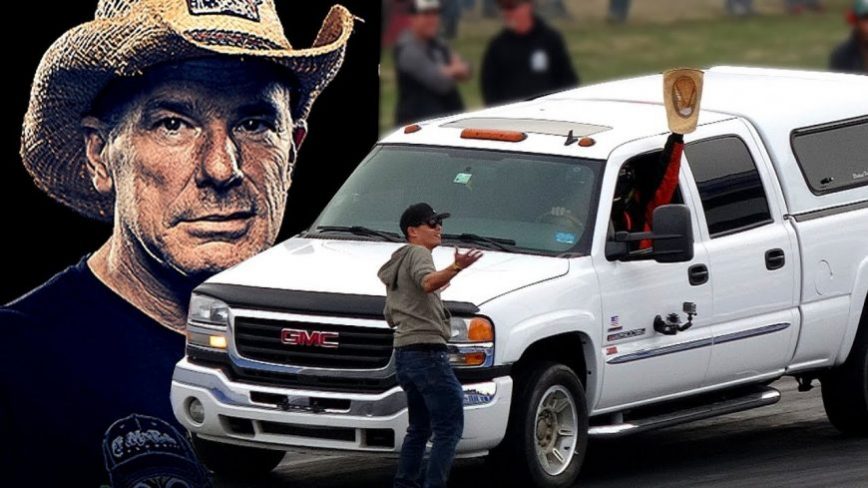