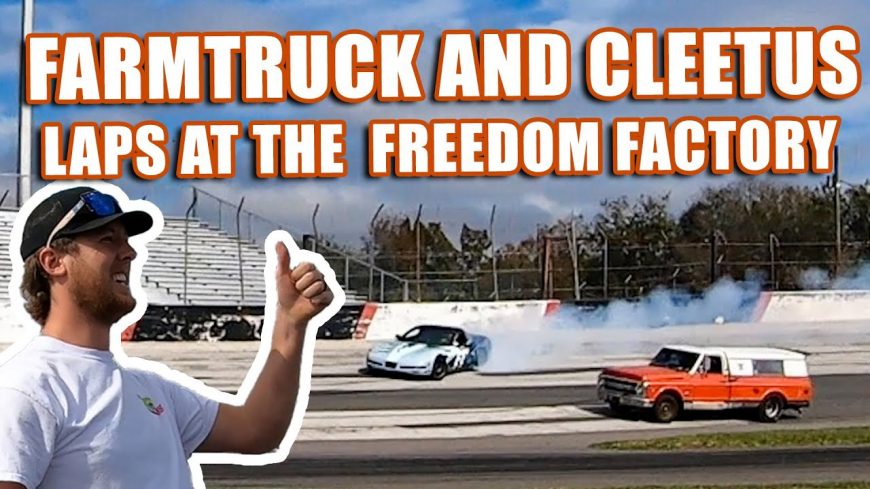 It has been about a year since Cletus McFarland watched his dream come to life and purchased the race track that would become the “Freedom Factory,” a facility for fun on just about anything with wheels. It has taken a lot of elbow grease and innovation to take the defunct racetrack and turn it into a playland for motorsports enthusiasts but eventually, the facility that was riddled with weeds and left to be consumed by the elements has since become something incredibly special.

Not only is there an abundance of motorsports action that happens in between those walls. Plenty of high-profile folks in the automotive community have made their way to the Freedom Factory as well, if not to compete, just to soak it all in and see what it’s all about.

This time, we get a little bit of a mini-tour of the facility as Farmtruck and AZN take on their opportunity to check in with all that the Freedom Factory has to offer.

Let’s just say that team FNA was rather impressed as they asked all sorts of questions about how the facility comes together and how it works. From how owner, Garrett Mitchell a.k.a. Cleetus McFarland designed the facility to work how he wanted all the way to Crown Victoria racing with NASCAR superstar, Kurt Busch, they seemed to be sponges, absorbing all the information of one of the most storied facilities in racing today.

By following along with the video below, we follow along with not only the tour but also Farmtruck breaking out that old orange Chevrolet C10 and taking a couple of laps around the track while he’s in town. Before long, Farmtruck is also joined by a Chevrolet Corvette that can’t help but find itself sideways next to Farmtruck with a little bit of drifting action.