Farmtruck vs Full Assault! Farmtruck Puts America On His Back, And Beats The Canadian Truck – Behind The Scenes. 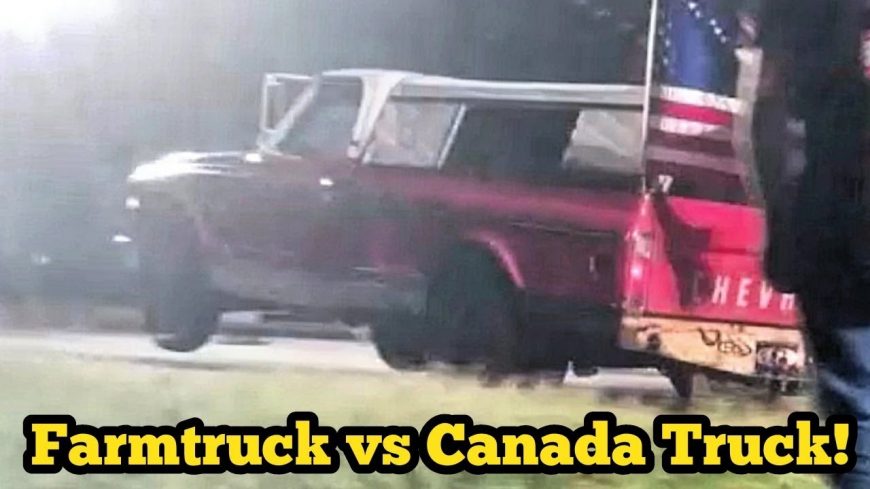 When it comes to trucks racing on the street, there’s one name that comes to mind first for nearly all of us who have been around the sport over the past few years.

While there are certainly countless other trucks out there, many of which are formidable rides that run well on the track and on street, Farmtruck has taken the lead role as far as the truck racing world goes.

Thanks to a video that went viral shortly before the show aired showing the Fartmtruck leaving with its front end twisted up and the front wheels both off the ground, much of America had already fallen in love with the truck when Street Outlaws hit the airwaves on its way to becoming one of the most beloved shows on television.

Last week, we saw the guys form the 405 taking on some of our neighbors to the north on the show, and as usual, there was some truck-on-truck crime. And, as usual, Farmtruck had more than enough power and traction to take the win.

As you can see in this video from National No Prep, both trucks lay down some long, smoky burnouts to make sure the road is as sticky as possible. They back up and pull to the line, where Big Chief is waiting to line them up to start the race.

Chief steps back and hits the light and Farmtruck seems to have an almost telepathic link to the light as he jumps out to a big holeshot alongside the truck from the great white north.

It was all over from there with Farmtruck driving away and stretching out the lead to several truck lengths by the time the race was over. This just goes to show that when you line up beside that dusty old beat up truck, you better know what you’re getting into because she ain’t nothing to be taken lightly!