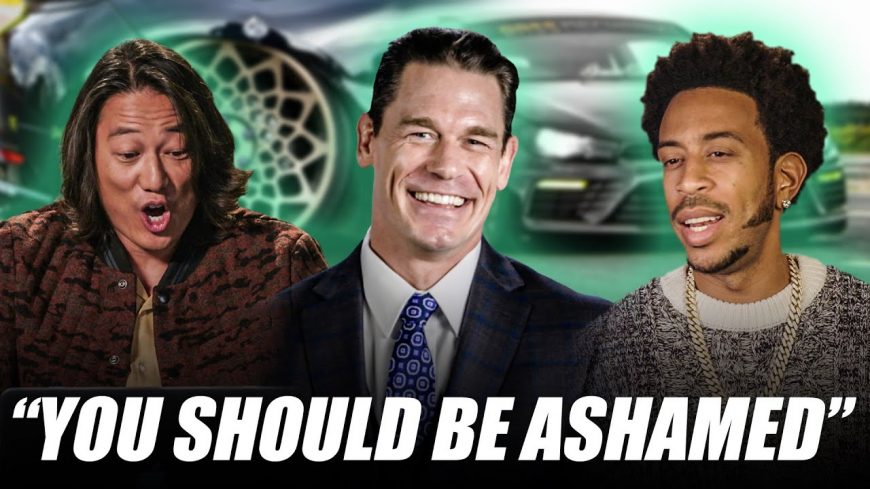 Now that 20 years have passed since the Fast and Furious saga got its start, we have really grown familiar with some of those behind the characters. As it turns out, many of those involved in the franchise are actually pretty big car fans themselves. This is kind of unique because actors don’t always connect with their roles on a personal level but instead challenge themselves by taking on a façade that doesn’t align with their personality at all.

This time, though, we get to check in with a couple of the members of the cast in Sung Kang, John Cena, and Chris “Ludacris” Bridges, who all seem to each have some sort of roots in the automotive community before their role in the Fast saga.

In this particular feature, they joined forces with Car Throttle in order to do a little bit of roasting. The rides up for discussion this time belong to not only the Car Throttle staff but also some viewers who have decided to submit their cars to be torn to bits buy some of Hollywood’s biggest stars.

The rides range in everything from a slammed Volvo all the way to a Miata and even a customized Smart Car. It does seem like some of these actors have a little bit more of a taste for the roast than others. We think that those who are most familiar with these folks could probably guess who plays softball and was nicer than the others.

In any case, by following along with the video below, we get to see a couple of rides roasted by some familiar faces. We might even go so far as saying that this video could shed a little bit of light upon which of these cast members has the most extensive background in automotive knowledge.

« Do Any of Those Rust Stoppers Actually Work? Let’s Find Out!