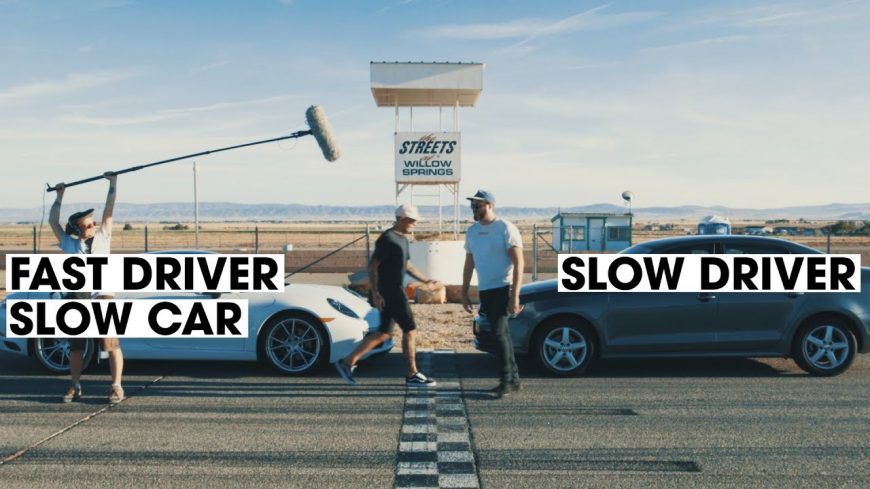 When it comes down to performing on race day, you can put a fast car out there on the track but with a slow driver, it isn’t always guaranteed to go fast. Whether it be drag racing, circuit racing, or even drifting, you can’t just throw a well set up machine out there without the proper talent behind the wheel and hope for the best. It has been proven over and over again that, in order to actually go fast, you need that driver and car combination that’s just right. This time, that theory is put to the test once again to see how the outcome will look.

In this test, we have a fast driver who has racked up some impressive accolades over his career behind the wheel and just so happens to be behind the wheel of a Volkswagen Jetta and he is taking on someone who claims that have no racing experience whatsoever. However, the guy with the lack of experience will be driving a Porsche 911. As you can see, the field is a little bit slanted from the start in the favor of the guy behind the wheel of the Porsche. It doesn’t necessarily take a genius to figure out that one car is the clear winner in terms of performance here.

How will this one level out? Well, we know that the fast driver would probably be faster in both cars than the slow driver, but it’s going to be interesting to see just how close it is when they’re driving different cars. Before watching this one, do you think that the fast driver is going to have what it takes to drive the slow car in a better way than the slow driver is going to be able to drive the fast car around this track? It’s definitely one that you can sink your teeth into so grab your popcorn, press play on the video below, and absorb all of the juicy content that Donut Media has put out there to put this idea to the test.