The Fastest AWD Honda In The World Runs 7’s!

The Fastest AWD Honda In The World Runs 7’s!

When it comes to the world of Honda, there are some heavy hitters lurking in the ...

When it comes to the world of Honda, there are some heavy hitters lurking in the shadows. Recently, one of the battles that have been heating up is that in the AWD community. If there’s one idea that we think should have a little bit more light shed on it, it’s how wild a well built Honda can be. When combined with the Civic’s all-wheel-drive capabilities on some examples, they might be downright unbeatable.

This time, we follow along with the scene of the action as the all-wheel-drive Honda record is absolutely shattered. When this particular machine from KKT Racing and Real Street Performance hit the track, things got serious. There is no telling where this record is going to land. However, for now, it has nestled its way deep into the 7-second range.

As this machine hurled its way down the track, the numbers on the board were downright astonishing. The Civic ended up belting out a variety of seven-second passes. That wasn’t enough, though! These guys wanted more.

When all was done, though, the record books would be where the car would reside. As the dust settled, a 7.55-second pass at 190 mph would emerge. The car putting power to all four wheels is one that could easily turn a hater into a believer. Something tells us that it’s not exactly done just yet, either.

By following along with the video below, we get the chance to get up close and personal with the machine. Thanks to the folks over That Racing Channel, fans are able to dig into this incredible build to see exactly what it is that makes it work. With a car like this, a lot of factors really need to come together just right. It takes keen attention to detail to make the stars align. When it comes to shaving hundreds of seconds off of a record, every last ounce counts. 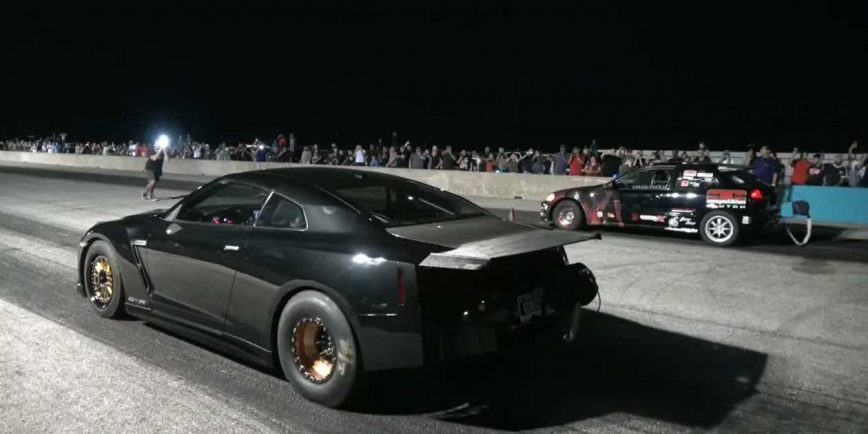