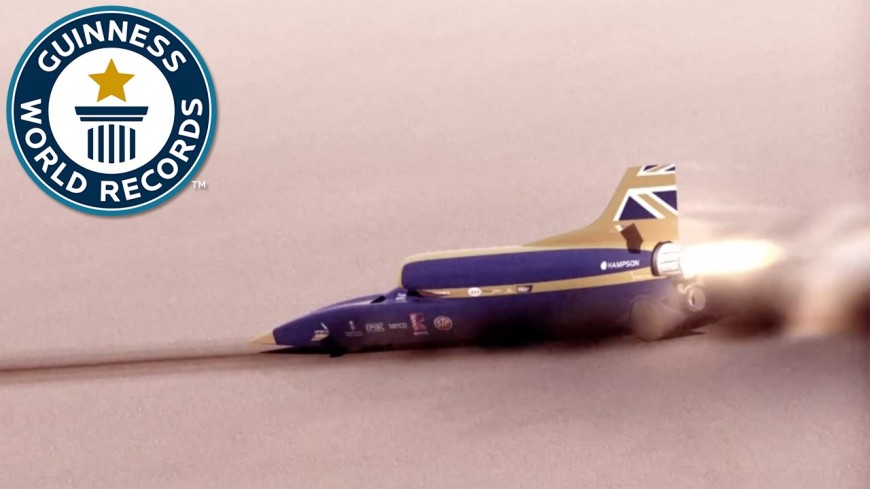 Did you think that your car was fast? You might of been 100, 150, heck maybe even north of 200mph. Now, imagine driving a car that’s slated to go faster than anyone has ever driven a car in history!

The car that’s a part of the “Bloodhound Project” has one goal in mind. They’re headed out to tackle the astonishing feat of moving along at over 1000mph, nearly double the world record.

The science and technology that go into making something cruise at this unimaginable speed is truly a feat to behold as the current land speed record is just 551mph.

Check out the video below that delves into the journey that must be undertaken to build something capable of such iconic speeds. Will they reach their projected plateau? We will find out in a South African desert in 2016.

This motorcycle powered by hydrogen peroxide rolls out!