The Fastest Stick Shift Cars In The Country Get Down 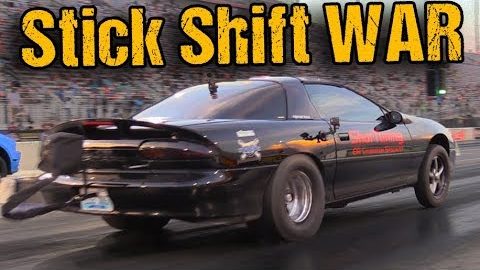 There’s something about stick shift racing that holds a special place in our hearts. While every form of racing certainly need drivers to bring talent to the table, something about the stick shift really levels the playing field. There are a lot of classes to choose from in the world of racing. Those that revolve around changing gears with a stick really means that drivers need to bring their A-game on every pass. There’s certainly no stabbing and steering done here as every gear needs to be selected just right to take home victory.

Perhaps one of the most exciting parts of a class like this is that anybody could win at any time. This was especially true at Street Car Takeover out in Charlotte a couple of weeks ago. With a handful of top qualifiers separated by maybe a couple of tenths, one mistake could be the difference. This is especially true as these cars were really rowing the gears as they closed in on the seven-second range.

By following along with the video below, we get to sit trackside to watch as some of the nastiest stick shift machines around go at one another. Both imports and domestic alike line up here and attempt to go for gold. Within the pack, we see several cars that have broken 7s. In addition, there are some record-holders among us!

When eliminations started getting deeper, the cars most certainly got closer in competition. Sure, one car might’ve taken the leap off of the line in certain races. However, each and every competitor knew that there was stout competition bearing down on the back bumper. Heck, the final round was separated by less than one-tenth of a second.

This is absolutely the kind of racing that we love to see. Nothing short of a calculated and well-executed pass is taking home the victory in this one!

« When Your Beadlock Falls Off During A Dyno Run