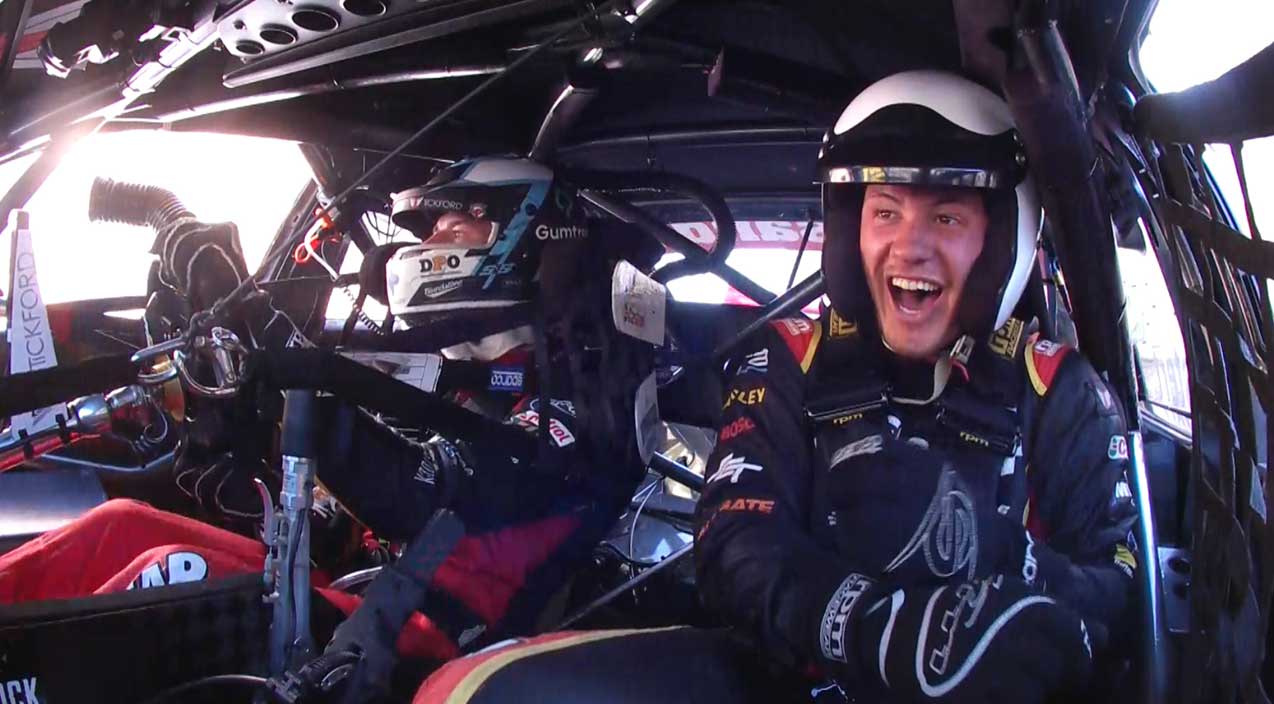 When you think of rugby players, you probably think of big and burly men who aren’t afraid of very much. There aren’t too many people on the face of this earth who wake up every morning and professionally go out there and take such a hard beating like the guys of the National Rugby League, after all. It definitely takes a certain type of individual to be able to go out there and compete professionally, at a high-level, in the sport that is basically designed to tear your body to shreds and show how much of a warrior you can be. However, this can kind of lead you to wonder what a person taken from that lifestyle would act like when put in another high-intensity situation from a completely different vein of life.

This time, we follow a clip that lasts three minutes and is filled with plenty of highs and lows on the emotional spectrum as we see a wide range of reactions as Australian supercar driver, Chaz Mostert, took Newcastle Knights’s own, Kalyn Ponga, on a ride that he would absolutely never forget anytime soon.

As the car was ripped around corners, we watch the emotions on Chaz’s face go from big smiles to screams of desperation as he probably had no idea what was going to come next. We have to admit that we were loving absolutely every second of the journey that took this rugby player on the ride of a lifetime and then some.

If you follow along down in the video below, you’ll be able to take yourself to the scene of the action, seeing what such a wild ride is like for yourself as you’re exposed to an adrenaline rush experience first hand by somebody who you would think would handle it well but honestly, even though it looks like Kalyn has the time of the life, or at least it would seem, this one probably got that adrenaline flowing pretty good.

« Tesla Rebuilder Has Car Catch On Fire, Things Got Intense