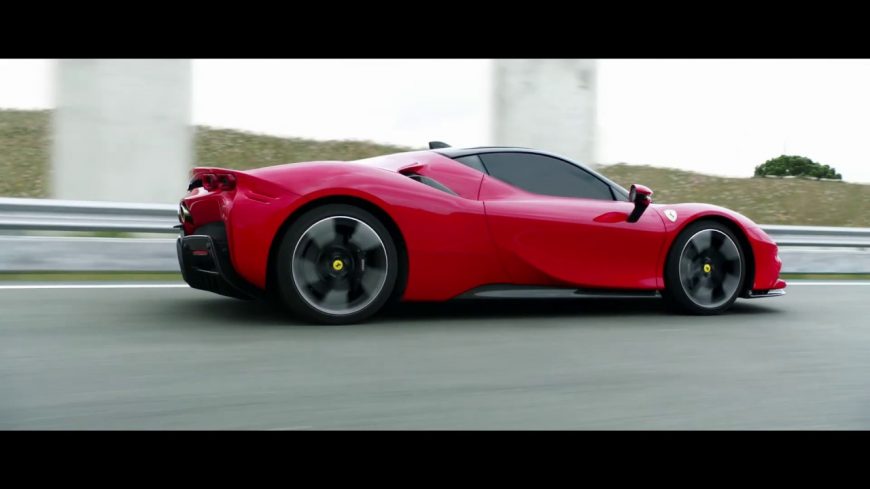 It seems like it’s been quite the productive year for Ferrari. We just heard about the debut of the Ferrari F8 Tributo. The time has come for the brand to pull the covers off of yet another new model. Introducing the Ferrari SF90 Stradale. In terms of what a qualified buyer can obtain from the company today, this looks like it’s going to be the pinnacle. It’s the most powerful Ferrari to ever be put into production. The 986 hp on tap is more of a punch than what’s packed by the LaFerrari.

All of this power is coming from a mid-engine AWD combination, a first for Ferrari. It’s also the company’s first shot at a plug-in hybrid. Those electric motors are going to come in handy, too. While the 4-liter twin turbo v8 is going to pound out 769 ground shaking horsepower and 540 lb-ft of torque, there’s more! The electric motors are slated to give the combination an extra 217 ponies. This all adds up to that heavenly 986 horsepower.

The electric motors seem to be there strictly for help to the internal combustion engine. They can be operated on their own, though. Electric alone could carry the car for 15.5 miles and travel up to 84 mph. Luckily, the motors will have regenerative capabilities when being used to accompany the combustion engine. All of the power, no matter which source it’s coming from, is going to be heading through an 8-speed dual clutch gearbox.

Ferrari representatives clued in excited enthusiasts, but only told us part of the pricing story. They’ve filled us in that it’ll cost more than the F8 Tributo but less than the LaFerrari. This means that it’ll set back buyers between $276,500 and $1.4 million. That’s quite the gap but I guess we’re just going to have to wait and see where this bad boy falls.

We’ve yet to see a fully electric car from the manufacturer. Could that be on the way next?

A focus on the aerodynamics and the performance on the new Ferrari F8 Tributo!