Ferrari FXX on the racetrack and driven hard! 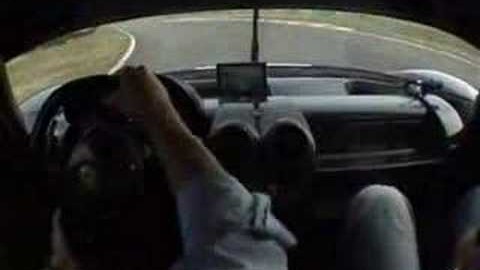 The lowdown on this legendary car – The FXX uses some technology developed from the Enzo Ferrari, and combines it with some new developments from Ferrari and its suppliers. However, the car is only a part of the overall program. Customers pay £2 million, but are only allowed to drive the car on special track days which are approved by Ferrari. After they drive the car, the owners are entitled to be briefed by Ferrari on the car’s performance. Ferrari’s sister company, Maserati, has developed a similar car, the MC12 Corsa. It is suspected that Ferrari closely guards the FXX due to the car incorporating various advanced technology from Ferrari’s F1 team that the company did not want being inadvertently released to rivals.

An evolution of the Enzo, in essence, the FXX shares some components with the original car, but numerous, significant developments are unique to the FXX.

« BADASS Volvo Amazon Puts The HURT On A Ferrari 458!