Angry Kart Racer Throws an Entire Bumper at Opponent Speeding By Then Fight In The Pits. 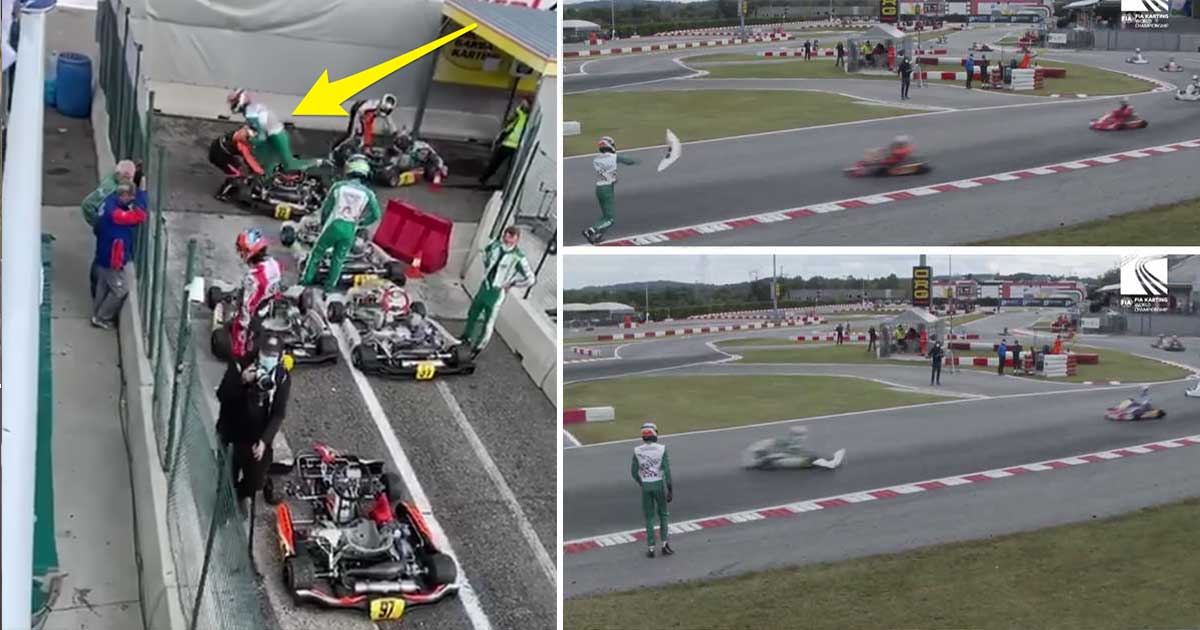 Let’s just say that racing can be a very emotional sport. When behind the wheel, investing lots of time and effort into a finished product, only to be knocked out early, can make things a little bit intense.

This can be amplified if a driver thinks that all of their hard work and effort has been nullified by an opponent who simply doesn’t know how to drive. Because of this, we frequently see drivers getting all amped up and engaging with their opponent, whether it’s in a physical confrontation off of the track or some sort of jab thrown on the racing surface.

To some extent, this back-and-forth is to be expected. However, there is definitely a clear line that probably shouldn’t be crossed. At some point, anger really just boils over to the extent that it could really stand to put someone in a dangerous situation. There’s a difference between making your point and throwing a dangerous temper tantrum.

If we were to ask the comment section in this video what they thought, we get the feeling that most people would be leaning toward the latter. The scene was described as “Outrageous” as the FIA Karting World Championship Final unfolded. Luca Corberi, the driver whose family operates the venue, simply loses his cool. After what seems to be an on-track incident, the driver would get out, picking up a piece of his car, and chucking it at a competitor.

We get that tempers boil over and sometimes drivers aren’t considerate on the track. However, we aren’t too sure that picking up your bumper and throwing it at a moving vehicle is necessarily a good idea. This is especially true when the driver is in an exposed cockpit and the bumper could do serious bodily damage.

Below, we get to see the video that’s kind of hard to watch.

« Touring a Pre-Owned Motorhome That STILL Comes in at $1.7 Million