It’s well known that parking a flying jet upon he deck of an aircraft carrier ...

It’s well known that parking a flying jet upon he deck of an aircraft carrier is one of the most insanely trying maneuvers any pilot will ever attempt, and despite years of training and countless hours in the air, sometimes things don’t go according to plan.

Stretched across the deck of this Russian aircraft carrier is a small cable that a hook on the back of the aircraft – in this case, a Russian Sukhoi SU-33 – is supposed to snag, helping bring the plane to a quick stop aboard the flight deck. However, if the tail hook misses the cable, the plane’s brakes aren’t good enough to stop in the incredibly short space, so the pilot has to do exactly what this one does: slam the throttles to the max and get back in the air.

He can take a quick loop around the carrier and try again to hook the cable and land, but if he’d tried to stop without the cable’s aid, there’s a real good chance he ends up in the water below. Quick thinking, aviator!

CRAZY - Plane Flying Into a Wave Off Carrier Deck! 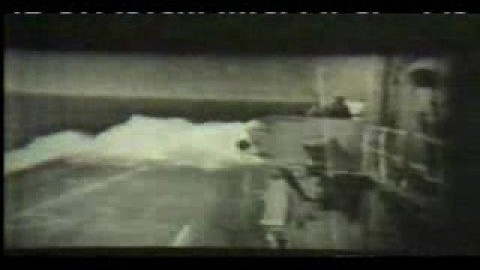