Finding an Abandoned Hellcat Linked to an Arrested Drug Dealer 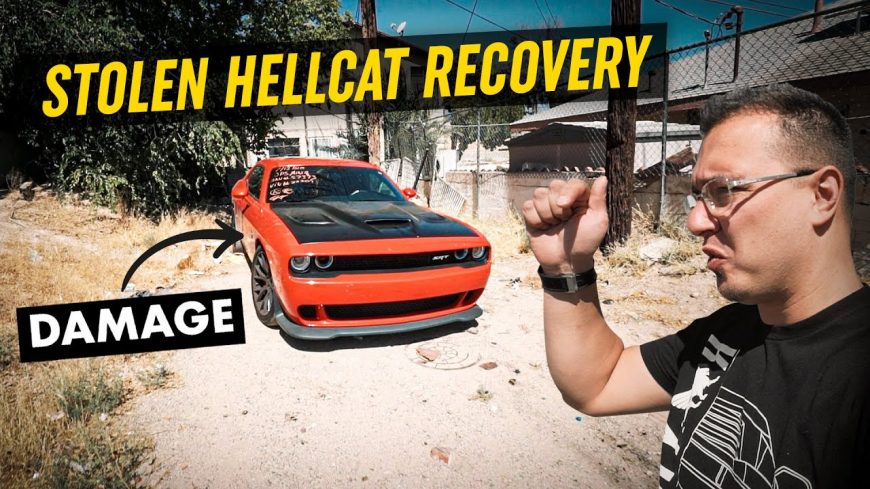 Dealing with the general public at all can definitely be an experience. As it relates to the automotive community, let’s just say that we have heard some pretty wild stories out of the rental car corner. We would imagine that the folks who work with hundreds of customers every day have to have some crazy stories.

This time, we dive into another tale from the folks who have found themselves in quite a couple of rental pitfalls. For those who follow Royalty Exotic Cars, they’ve likely heard one of the stories of stolen and joyridden machines.

This time, we check in with a 4-day rental gone awry. As it turns out, it’s nearly impossible to know exactly who you’re renting a car to. In this situation, apparently, Royalty Exotic found themselves renting to a drug dealer.

Things really got kicked off when the renter of the car ended up leaving Las Vegas. The contract stated that the car wasn’t supposed to leave the state and GPS informed the rental company that it had. Therefore, a $2000 fine would immediately be imposed. That’s not a great way to get your rental period kicked off.

It didn’t seem like the renter had an issue with this fine as our host tells us that the renter promised to pay the fee upon returning. However, our host also tells us that the renter would end up in jail. How’s that for a plot twist? After being released, he also promised to come straight back with the car. We don’t think that it’s necessarily a spoiler to inform you that this didn’t happen. Several days later, we think that everyone got the picture when the car was never returned.

By following along with the video below, we check out the rescue mission surrounding the Dodge Challenger Hellcat. Apparently, this car had gone through some pure craziness before it was finally recovered.

Again, the general public never ceases to amaze us.