When it comes to making tons of power, we aren’t limited to what we can do on ...

When it comes to making tons of power, we aren’t limited to what we can do on land. In fact, there’s a rather substantial community backing up the creation of speed on the water, too. There’s just something special that sends a chill down the spine when we hear a rumbling V8 with turbos whistling, combined with a boat.

If there’s one person who we think would execute a project like a twin-turbo boat, Mike Finnegan would be that guy. Finnegan has really built a name upon being resourceful and coming up with projects that really turn heads. This time, it’s absolutely no different as he hits the water.

The vessel in question is a single person jet boat. It seems like the power to weight ratio in this situation is very much a consideration. Behind a lightweight platform, we find a monstrous boosted Hemi to really get our mouths watering. We’d say that the 711 cubic inches of Hemi power will be sufficient to get just about any job done.

In this one, we get to watch as Finnigan goes through some of the important components onboard and makes sure everything is just right. By the end of the video, we’re watching as he launches the boat into the water and goes for a little bit of an initial test drive. We’re itching to see what this thing can do!

Just like a car, it turns out that a little bit of a shakedown is necessary to make sure that all of the components are working nicely together. Unfortunately, he did actually manage to lose a piece in the water. I guess that overall, though, the maiden voyage could be considered a success.

By following along below, we get to join in with all of the excitement of the initial test session. This thing is going to be a riot when it’s eventually at the point where it can be turned up. 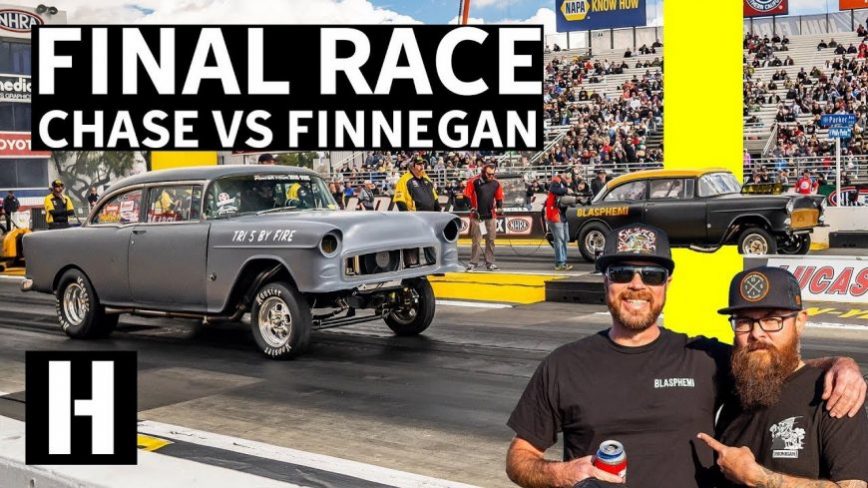