For those who haven’t been tuning to Finnegan’s Garage, you’ve been ...

For those who haven’t been tuning to Finnegan’s Garage, you’ve been missing out.

Most recently, Mike has decided to put down the wheeled projects for just a second. Instead, we get to watch quite the series as Finnegan’s Garage is going aquatic. For those who have followed any of Mike Finnigan’s projects, they know that we’re going to be in for something special with this one when it finally crosses the t’s and dots the i’s. That time should be soon.

To catch you up to speed, what we’re looking on here is none other than a twin-turbo Hemi powered jet boat. As it turns out, constructing something like this isn’t exactly simple. There are lots of small details that need to be perfectly in place before going out there and raising hell.

For now, we watch as the almost finished project goes through a little bit of testing. As the boat idles into the water, we absolutely want nothing more than to see this thing open up the throttle. The whistling of the turbos is basically singing to us and getting our adrenaline ready to be unleashed. We can’t help but feel like the boat is teasing us.

In this one, though, we don’t quite get all the way to wide-open throttle. Instead, we get to watch to see what the process looks like to build up to that point. After riding along with a project like this, we think that many will be able to gather an all-new appreciation for what it takes to construct such a monster.

For those who are just itching to watch this thing go wide open like we are, we get a strong feeling that the twin-turbo Hemi will be there soon. For now, though, the video below should be enough to tide you over. No pun intended. 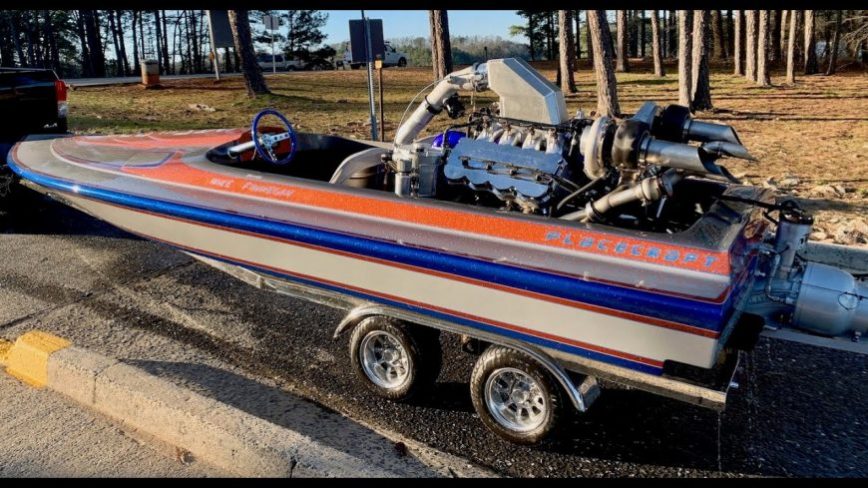