Fire Damaged Bugatti Chiron Ends up at Copart For Pennies on The Dollar. Social Media is Buzzing! 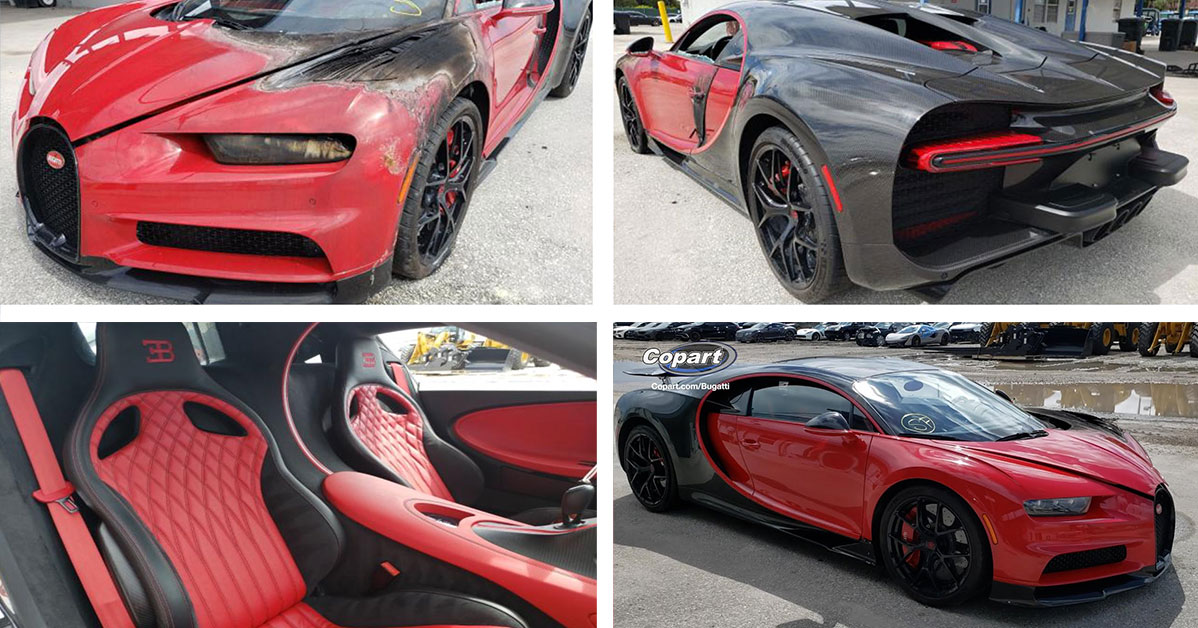 If there’s one thing that an insurance company probably doesn’t want to get a call about, it’s a customer setting their Bugatti on fire. This time, though, we get to see the very rare case where that exact scenario unfolded and how it’s being handled.

Pretty much every Bugatti is going to come with a substantial price tag. In the case of Chiron, buyers can expect to spend somewhere in the ballpark of $3 million. Combine the price tag with the fact that only 500 examples of the model will ever be made and it’s not something you’re going to see pop up in junkyards all that often.

However, I suppose that no matter what the asking price or exclusivity of a car, every vehicle that sees the streets has a chance of ending up being the victim of an accident and involved in an insurance claim situation.

It seems as if this particular Bugatti has found a way to break the internet it has it has done just that. This particular bright red Chiron has found its way to Copart where it is expected to bring a bid of ??? The question is, though, who exactly is going to buy this thing, and will it be able to exceed that projected price? 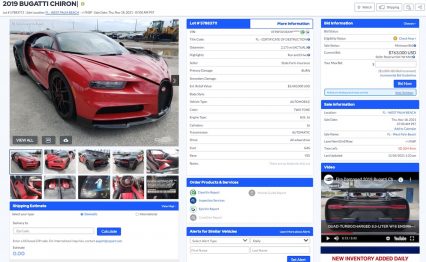 Down in the video below, thanks to a YouTube creator by the name of TK’s Garage, we get to take a tour of this car to see what exactly it is that has it in the salvage yard. With any other car, the amount of damage done here doesn’t seem to be all that extensive. However, when we consider the near one-of-a-kind nature of these machines, finding parts isn’t exactly going to be as easy as it would be with something more common.

While it’s a lot of fun to look at, this thing is definitely going to cost a pretty penny to put back together. After touring the machine, be sure to tell us who you think is going to end up buying it. Will it be at one of the popular automotive restoration YouTube channels or is someone going home with the cheap Chiron?