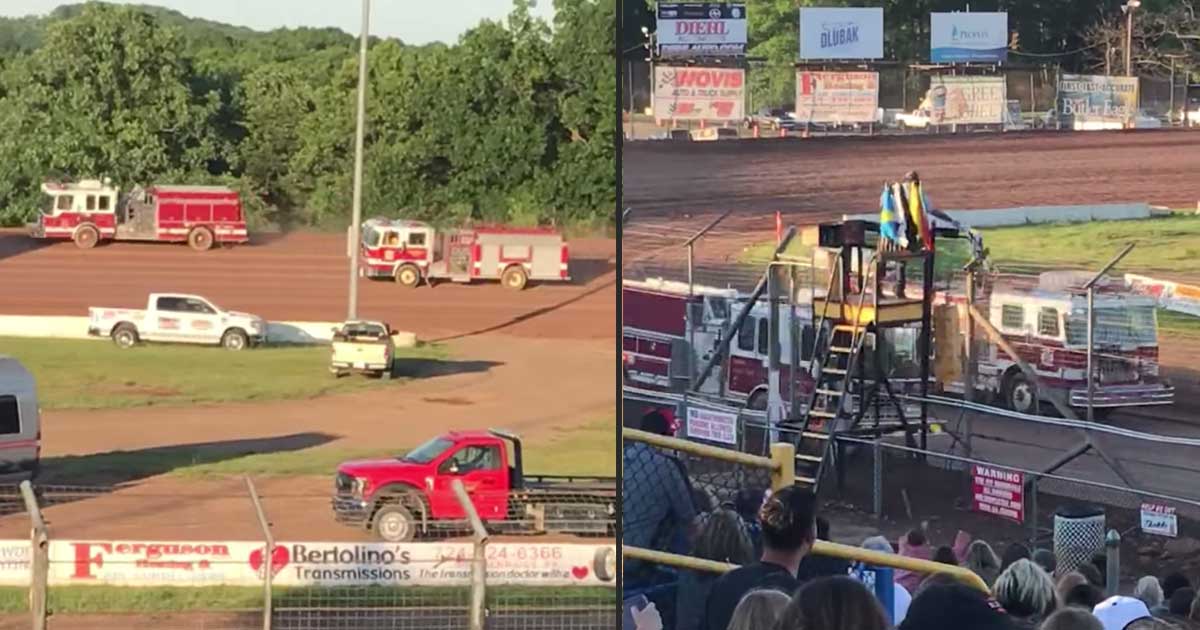 Okay, so we have heard about the concept that people will race anything. Furthermore, in the automotive world, we know somebody that will modify just about anything. However, we wouldn’t have considered either of the above with a platform like this. We’re excited that someone did, though!

This time, we are taken to the local dirt track to see a little bit of action that is unlike anything we have ever seen before. Instead of circling the track in the proper cars, these guys had another idea. Instead, they would take to the racing surface in full-fledged firetrucks. I guess they’re making an example of doing the best with what they’ve got! Spectators would watch on as the trucks battled side-by-side for a position as they rounded the track.

After watching this one, we can’t decide if we should be excited or confused. What we do know, though, is that this quick race clip is certainly a lot of fun. I mean, how often is it that we actually get to see a firetruck outside of its natural habitat? As much fun as we’re having, I’m sure the drivers behind the wheel here are having even more fun. It looks like this one is the grounds for some major bragging rights between the competitors here. The winner is never going to let the loser live this one down!

By following along with the video below, we get to see one of the most obscure races that we’ve seen in quite some time. After watching something like this, it really begs the question of what they will think of next. Who knows? We might even see some bulldozers out there trying their luck in the dirt track ranks soon! Perhaps some big rigs will be the next to join in on the party!