Sometimes, cars that we love don’t exactly receive the attention that they ...

Sometimes, cars that we love don’t exactly receive the attention that they deserve. That’s definitely not a knock on the owners, either. We get it. Sometimes, life just happens and our vehicles end up being the odd man out. Situations certainly arise where perhaps the proper resources aren’t available to be able to keep the car in good condition. After all, as much as we love our rides, things like personal health definitely take precedence over them.

This time, we check in with the likes of a 1973 Chevrolet Camaro Z28. When we really get into it, this is a car that a lot of people would love to get their hands on. However, for this particular ’73, it hasn’t exactly been kept in the best condition. Over the past 20 years, in fact, the car has managed to sit a good while and devolved to the point where it hasn’t run for two decades.

Thankfully, though, a YouTube user by the name of Ryan Sampson has come to the rescue of this muscle machine. After 20 years of sitting dormant, the car will finally have a chance to breathe life once again. What does it take to make such a car come back to life again? Well, in this video, Ryan takes the chance to go through some of the things that he has worked on and a couple of things that were just fine. It’s pretty crazy to think that, after sitting for two decades, that a lot of the parts were able to be used just fine.

By following along with the video below, we get to go on a sort of adventure. As Sampson ends up going through the car, there’s a lot to learn and eventually, we get to the moment of truth. It doesn’t matter if it’s a revival or the first turn of the key after a build. The first time the car starts off always has us on edge and is an exciting time to behold! 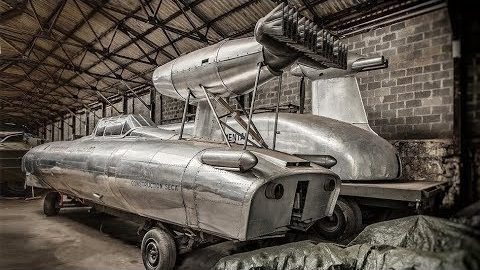