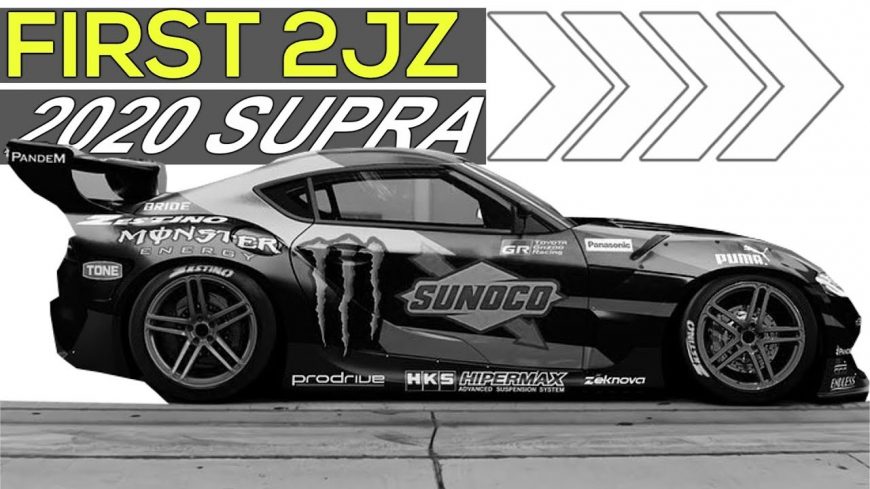 Over the lifespan of the MKIV Toyota Supra, we learned a couple of things. Among those things was the fact that Toyota can make a pretty awesome performance engine. When all of the cards fell in place, the Toyota 2JZ would end up becoming one of the most sought after engines in the performance community. It was so good that even years after the Supra stopped being produced, people are still tuning these things and racing them.

In fact, when a new Supra was scheduled to make its debut, we had a feeling that no matter how good they executed, it would struggle to live up to the old platform. After all, enthusiasts have gotten pretty romantic about the 2J. We’re not sure that there’s very much of anything that would be able to replace it in their hearts. A collaboration with BMW on the new Supra didn’t seem to sit well with a lot of fans of the previous generation. Now, logical people are going to wait for the car to come out and see how it does before judging. After all, it might end up being an absolute performance stud. However, that doesn’t change the sentiment in the present.

Meanwhile, over in Japan, we caught wind of a drifter that goes by the name of Daigo Saito. As our presenter here from Tuner Test Drive insists, Daigo must’ve got his hands on some sort of early release or concept of the car. Perhaps it was just a shell because we don’t see very much of the interior included with this build. We can’t even say for sure if the car originally had an engine or not. However, what is clear is the fact that it’s hooked up with the Supra engine of old.

Now, we’re sure that people are going to get all excited about this one. They’ll probably argue that the 2J was put in place because it’s a better engine. That might be the case but the man behind the build hasn’t said anything about it yet. Let’s not jumpt to conclusions for him. Furthermore, our presenter here mentions that maybe he just swapped it out because he wanted to use the body as a drift machine and the 2J is simply going to have a lot more support behind it at this stage in life.

The details of the build and the logic behind it have yet to come to light. However, we definitely have a 2020 Supra that has found 2JZ power and that fact alone is exhilarating enough!

« The World’s Fastest RC Model Fighter Jet Can Do 462MPH