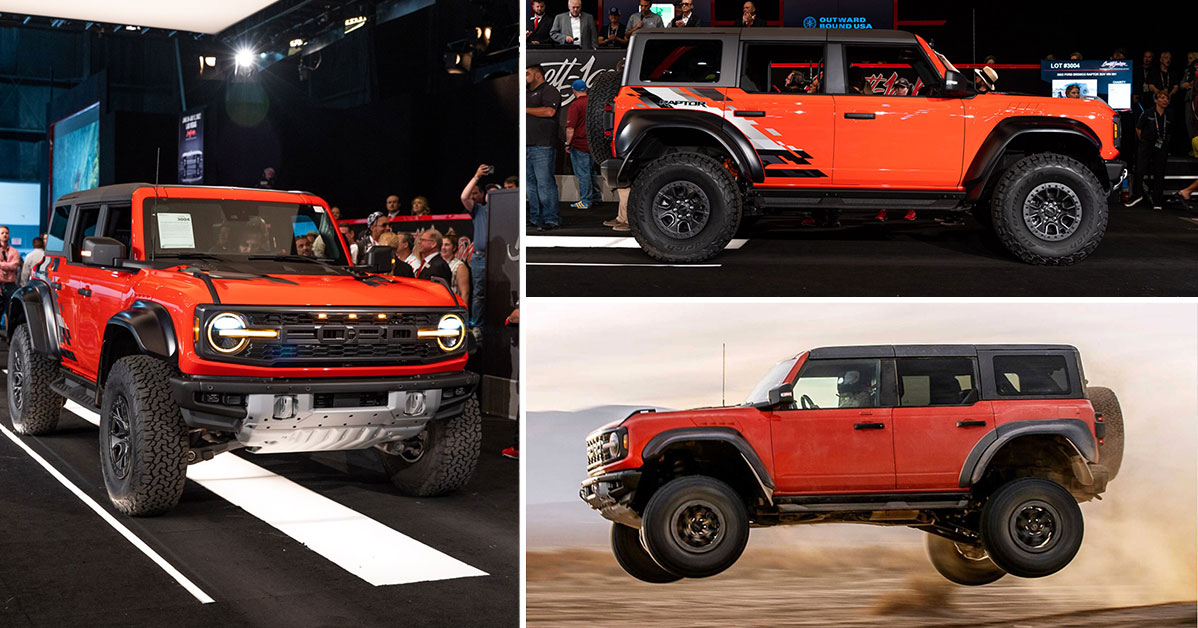 The first-ever production Ford Bronco Raptor was auctioned off this past weekend at Barrett Jackson. As is usually the case with the first production example of any popular vehicle, the final bid skyrocketed, netting much more than the MSRP on one of these bad boys. As is also tradition, 100% of the hammer price would end up going to a good cause, in this case, the National Forest Foundation and Outward Bound charities.

When the bidding finally stopped and the hammer price was reached, we would find somebody going home with this beast for $350,000.

The Bronco Raptor is something that the performance enthusiast community has been clamoring for ever since the initial Bronco release. When the Raptor trim level finds its way to the streets later on this year, we can expect a 3.0 L EcoBoost V6 under the hood combined with a trick off-road suspension, 37-inch tires, and visual upgrades to make the truck look more aggressive in its pursuit of off-road aggression.

For those looking to get their hands on one of these aggressive SUVs, the performance variation will be available for a base sticker price of $68,500. As far as we can tell, it looks like the SUV will find its way to customers this summer. Whether or not one will be able to obtain one at or around MSRP without ordering one beforehand is hard to say in this market.

Down in the video below, we check in with what the first-ever Bronco Raptor Ford offered up for sale.

This build is definitely one that’s going to turn some heads when it does hit the streets later this year. It’ll turn even more heads when it finds its way to the trails, dunes, or wherever the owners decide that they want to get their off-roading fix.