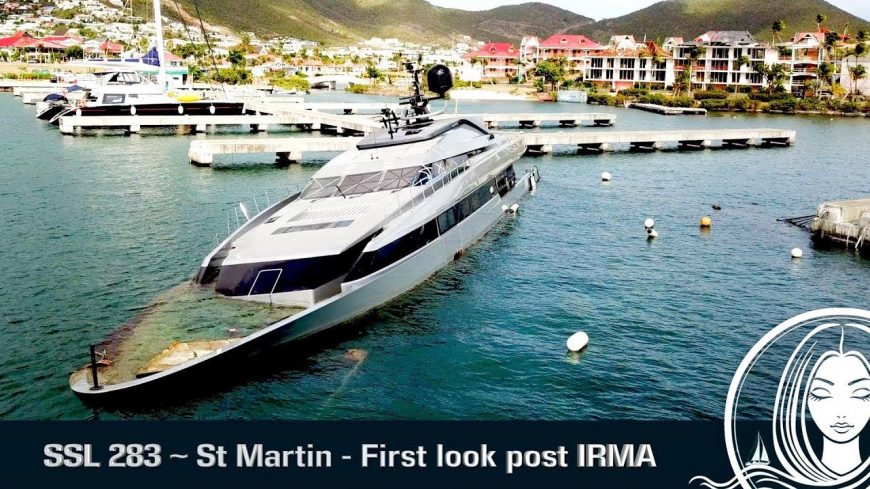 In the wake of natural disasters, there can be some massive devastation suffered. With storms like Hurricane Irma, the wake left behind was nothing short of brutal as the storm decided to rip through anything and everything that it could. No matter how expensive something was or how well it was built, it really seems like this brutal collaboration of different weather events really left its mark on a whole area with one major area of St. Martin taking a lot of the devastation head on. Shortly following the storm, we get to see how exactly they ended up recovering with a huge amount of diligence necessary to surge back.

In this video posted about a month ago by the Captain Rick Moore YouTube channel, we get to see a little bit of the recovery effort that has been going on along with some of the destruction that might never turn around to be the same again. After watching something like this, it’s pretty humbling to see just how hard some of these mighty structures have fallen and just how some major pieces of machinery like many of the area’s stored mega yachts couldn’t even find a way to stay afloat with all of the rough weather taking them down. Mother nature really doesn’t discriminate and seems to be the strongest force of them all.

The video below shows how everyone is trying to come together in order to make the area whole again. It’s certainly something that’s going to take quite a while to have back to a somewhat normal situation but it’s good to see that the effort is still surging along and the people who live in the area have been able to get back to their lives once again! Hopefully, a continued effort will make the area better than ever.