When it comes to military aviation technology, it’s definitely a field that is ...

When it comes to military aviation technology, it’s definitely a field that is constantly evolving and changing with a never-ending game of cat and mouse as someone tries to launch a sort of weapon to go on the offensive and meanwhile, fighter jets in the sky are doing their best to avoid detection to be able to duck and dodge their way away from these different types of projectiles while possibly thinking about firing their own. As you probably know, there are a variety of different flavors to choose from with your fighter jets in the air and this time, we’re taking a look at one of the fan favorites.

If there’s one thing that you will hear about when it comes to a machine like the SR-71 Blackbird, it’s that it’s one of the slickest and most nimble machines ever to ever fly through the air. The fighter jet was well-known as one that has never been struck down by a missile throughout a long reign. Dodging its way to safety and keeping its occupants breathing were how the fighter jet that now resides inside of a museum gained such a reputation and it’s one that’s well deserved as doing its job in line of duty was just the beginning of the book as the chapters would be written and eventually, we would all figure out that the airborne machine would really go above and beyond.

If you follow along down below, you’ll find out about the situations that this plane might’ve been in when the opponents were gunning for it. While it did manage to last an entire career without being struck out of the air, that isn’t to say that this incredibly speedy jet, that was able to outrun missiles left and right, wasn’t fired at once or twice during its string of service.

Learn all about those who tried to run with the beast in the video below. 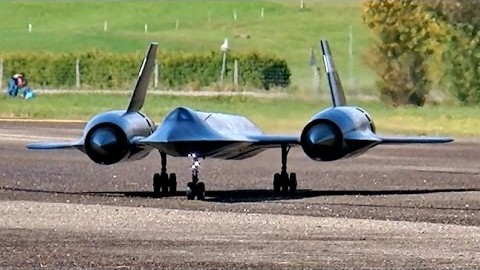