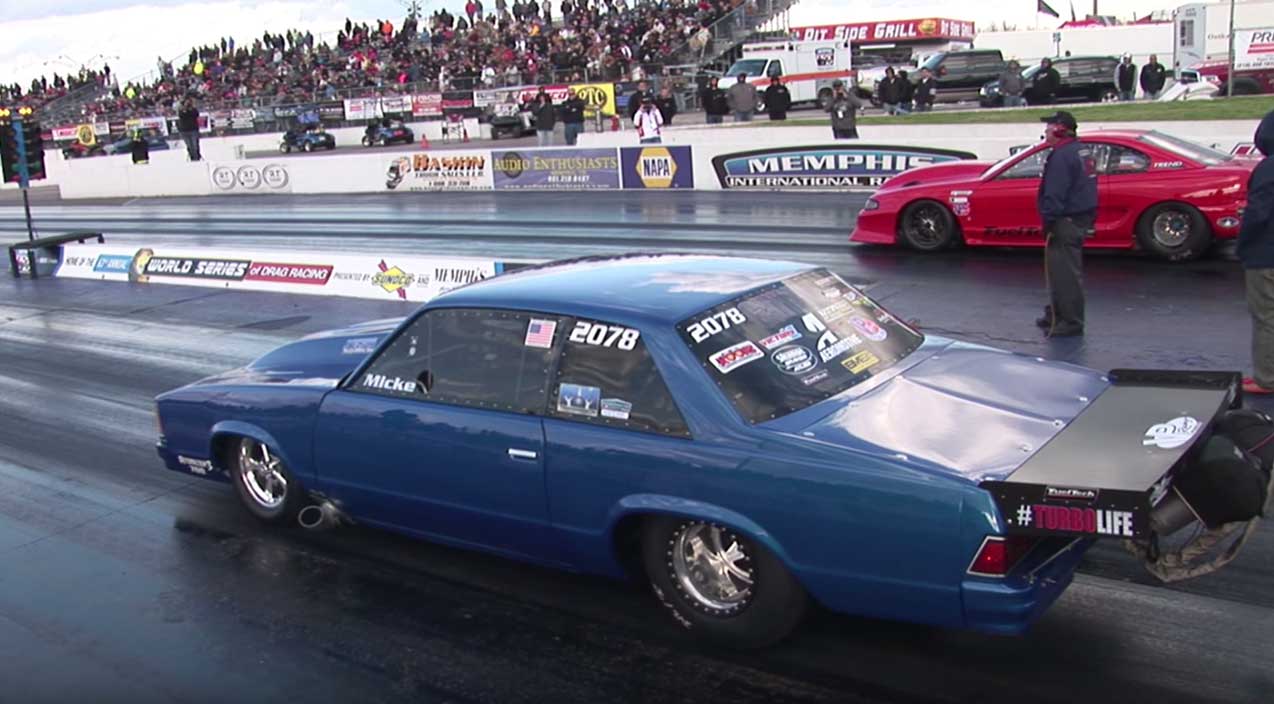 Mark Micke has been racing the car that he drives for Jason Carter for two decades. Along with that journey, the two have always been frontrunners in whatever class or niche they chose to compete in, often setting national records and taking home some big wins. However, early in the 2018 season at Donald “Duck” Long’s inaugural Sweet Sixteen, Micke, Carter and the blue Malibu collectively dropped a bomb on the entire sport when they not only knocked almost a tenth off the elapsed time record and tacked on a full six MPH to the previous records, they also marched through the competition to take home the $101,000 payday

But let’s back things up a couple of years and see a part of the evolution of the baddest car on drag radials. Prep savant Tyler Crossnoe has been promoting one of the biggest races in the radial world, The Outlaw Street Car Reunion, for six years now. His race has held every major radial record at several different points and is always one of the most enjoyable events on the calendar.

Back in 2016, radial cars were just getting into the 3-second zone, and right there in the thick of the battle to break the record was Micke and the Malibu. He laid down a couple of passes at the third running of the OSCR that proved he was one of the cars to beat then, just as he has over the past year. Laying down a 3.96 at 204 MPH alongside Kevin Mullins, who also had one of the quickest radial cars in the world at the time, Micke sent a message to the rest of the field. To prove it wasn’t a fluke, he followed it up with a 3.98 at 202 MPH alongside Street Outlaws star Ryan Martin’s Fireball Camaro, another car that has proven itself a worthy contender in the radial world.

Micke’s gone on to knock almost a half a second off these elapsed times, but he’s never forgotten where he came from and how hard he and his team have worked to get him here. That’s one reason I’ll personally always be a Micke fan.