Standout Philadelphia Eagles defensive end Fletcher Cox has just as much drag racing in his blood as he does pigskin. Having grown up around the sport we all know and love, Fletcher developed a passion for drag racing that has kept him deeply involved in the sport even as he’s become one of the elite athletes on the planet.

Cox and his good friend and hired wheelman Shawn Ayers have campaigned a couple of different rides in various classes, including record-setting rides in Radial vs the World and NMCA’s Street Outlaw class. However, Cox hasn’t had a car built from the ground up for a specific class until now, and when we say he dropped a bomb on the Radial vs the World community, we’re talking an atomic warhead.

What you’re looking at in the video below from The Racing Vids is Fletcher’s brand new 1967 Mustang, built by Racecraft, Inc for the sold purpose of wrecking Radial vs the World. Despite Cox’s high profile in the racing world, he and RCI managed to keep this car under wraps surprisingly well, allowing them the opportunity to roll it out into the sun and take the world by surprise.

The car is powered by a Disomma Racing Engines hemi powerplant topped by a wicked Chuck Ford roots blower. For those who aren’t up on the RvsW rules, roots blown applications, which don’t make as much power as a screw blown setup, are allowed to run at lighter weight to offset the lower horsepower output. You can look at this car and tell it was built to to be lightweight too, allowing the team to place weight where it is most helpful on raceday.

The car will be driven by Ayers and should take very little time to jump to the front of the pack in one of the most fun and competitive classes in all of drag racing. Look for the car to be on the track soon, possibly making it’s debut at No Mercy 9 in just a few short weeks!

Team COX Wins Back To Back NMCA Races! 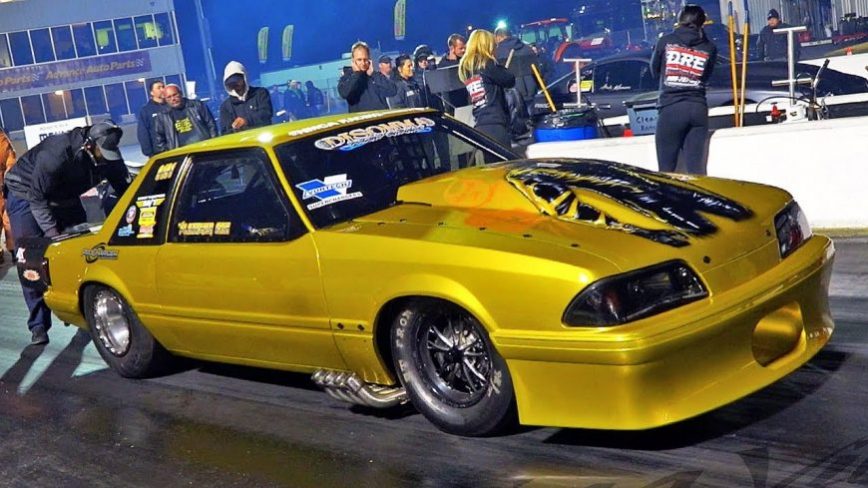