On the field, Fletcher Cox is one of the most dominant defensive linemen in the NFL. ...

On the field, Fletcher Cox is one of the most dominant defensive linemen in the NFL. We’re pretty sure that opposing offenses probably have nightmares before they lineup against the Philadelphia Eagles due, in part, to his abilities. As it turns out, when it comes to the race track, opponents feel the same way about lining up against one of his cars. He has quite the history of insane drag racing machines and has recently added another.

Fletcher has been known to be quite the racing aficionado. Perhaps the most popular of his racing machines is his Goldust Mustang that can be seen here rolling down the strip in style. This thing really turns heads everywhere that it goes and for good reason.

One of the most recent is a 1967 Ford Mustang that’s raced in the Radial vs the World-class. The machine piloted by Shawn Ayers is powered by 520 cubic inches of Disomma Hemi. This thing is just as mean as Cox is on gameday if not more so.

This time, we head over to Fueltech to watch and more importantly, listen as this beautiful machine makes a couple of pulls on the dyno. As one might expect, the car screams with an absolute vengeance. The car has yet to see the track just yet. However, we would keep an eye on the machine come 2020. As the car was built to Cox’s high standards, we’re sure that it will absolutely rip, especially with Ayers behind the wheel.

Down in the video below, we get all of the sights and sounds from the day at Fueltech. We aren’t filled in on exactly what they did to the car that day. Regardless, it’s one heck of a sensory overload. This thing is going to be a joy to watch when it finally touches tire to the race track. 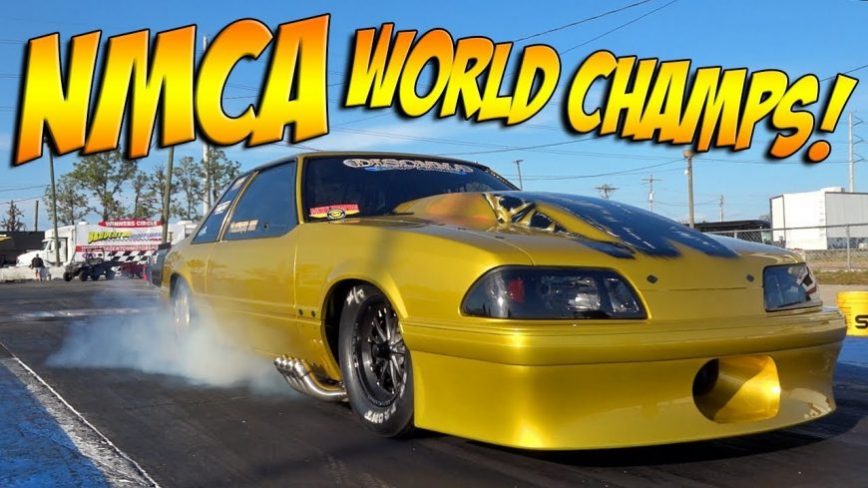