Florida Man, 71, Arrested For Driving Down the Highway With Light Pole Atop His Toyota Camry 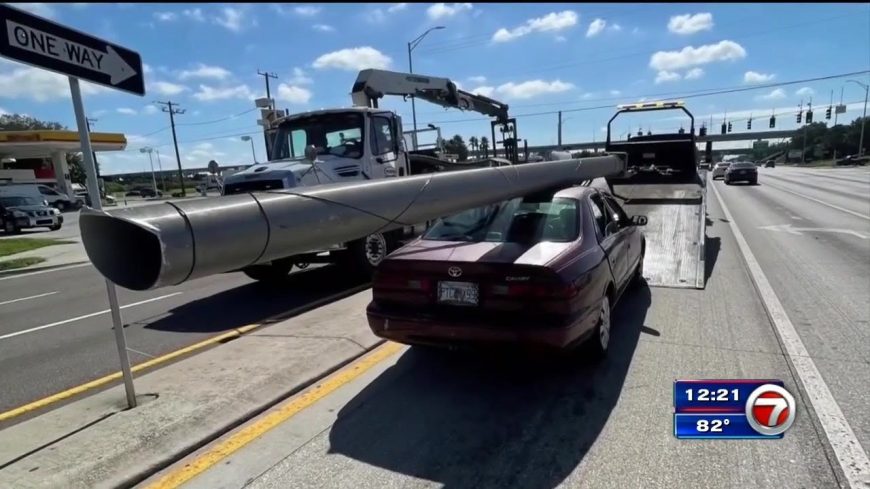 At this point, I think most people who regularly use the internet realize that “Florida man” has become a perpetual meme. If you don’t know what we’re talking about then take a moment to google “Florida man” with your birthdate next to it. This fun game usually will generate a story that is unlike any other.

Should one happen to have a November birthday, there’s a good chance that a recent Florida man’s story might pop up under their name. This time, the particular individual in question goes by the name of Douglas Alan Hatley. The 71-year-old apparently got tied up with law enforcement upon being discovered with a light pole on top of his vehicle. The discovery was said to come when another driver called authorities to report the obscure scene. We wouldn’t be shocked to hear that there was more than one report that came in when they saw the effort on the highway.

This isn’t the most egregious example of a crime that we’ve ever seen in a Florida man story. Hatley, instead, insists that the light pole on top of his Toyota Camry was simply found on the side of the road. Since he didn’t have a truck to haul it, the man decided to remove the pole and try and get scrap value for it, saying that he didn’t realize it was illegal to take poles that were already down in the first place. Given that it was government property, though, his story didn’t end up keeping him out of handcuffs. In addition, the Tampa Bay Times reports that the pole was actually reported stolen by a highway maintenance employee.

Hatley was charged with grand theft and held on $2,000 bond. Long story short, if something doesn’t belong to you and you’re not sure if it’s up for grabs, make a phone call first or just leave the item alone.

« Everything We Know About Jeep’s New V8 Powered Performance Wrangler