We don’t mean to be a downer but in the scheme of things, it can be really easy ...

We don’t mean to be a downer but in the scheme of things, it can be really easy to get lost as a YouTuber. In order to gain success and stick around, one has to be original and innovative along with continuously reinventing themselves. While that’s certainly not the entire formula for success, it’s definitely something that popular gear headed YouTuber, Cleetus McFarland has really strived at.

It seems like when viewers tune in to the Cleetus McFarland YouTube channel, they can expect something fresh every time. I mean, the guy bought an entire race track for the sake of making better content!

With some wrenching ability combined with a little bit of redneck flair, we find that the combinations are simply irresistible sometimes. Even when talking about the guy’s tow rigs, there’s something worth having a conversation about.

This time, we dig into one of the latest towing contraptions to come from the McFarland camp. Let’s just say that we think it’s safe to say that Cleetus has really developed a passion for Ford’s Crown Victoria. He seems to love them so much that he’s even using one to haul around his side-by-side.

Now, I have to say that most are probably picturing a small trailer behind a police car. However, that would be far too normal for everybody’s favorite Florida man. Instead, we watch as a structure is built atop the sedan so that the Can-Am can roll right up on the roof.

We can’t quite say for sure if this is more innovative or crazy. However, it certainly is a lot of fun to watch the results. We aren’t sure if we would recommend trying this one at home. What we can say, though, is that it certainly gets the creative juices flowing. This is definitely a different way of pulling along a toy. 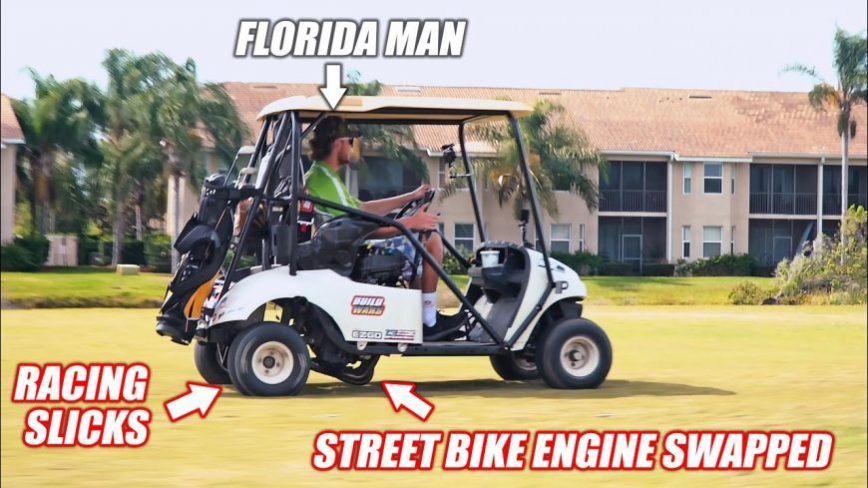