Even for someone who doesn’t have $125,000 sitting in the bank, seeing a Bugatti Veyron go for that price might just be irresistible. After all, the car is very easily worth seven figures. Just $125k is an absolute steal of a deal for any example that even remotely resembles what it looked like when it came off of the assembly line.

When stepping inside the ad, we find that things might not exactly be as they look. We have to give it to the creator here because, from a glance, this one might actually pass as a real Bugatti. However, as with most replicas, when we begin to dig into them, things aren’t exactly as they seem.

In lieu of a legitimate Bugatti, this particular replica is modeled from a 2002 Mercury Cougar. We have to give the builder a little bit of credit here because it looks a lot more like the real deal than most of these replicas. In fact, outside, to an unsuspecting bystander, it might even pass the visual test. When we dig inside, this is where things become a little bit more obvious, though. We will let you see the pictures for yourself and make that judgment call.

Even though that price is a steal for a Bugatti, for Mercury Cougar, it seems a little bit steep. So what are we getting that makes it worth such a price tag? Well, the owner does promise that the car is sorted out to the fullest extent. In turn, he tells us that the conversion itself cost him $90k in parts.

The ad continues that most replicas like this end up being a wiring disaster. Instead, this car, complete with a retracting wing, promises to have its ducks in a row. Pictures can tell a million lies but from where we’re sitting, the fit and finish doesn’t look too bad either.

After checking this one out for yourself, be sure to tell us what you think about it. Does this replica look enough like the real deal to justify spending your hard-earned money?

This Lamborghini Was Transformed Into A Working, Fully Functional Batmobile 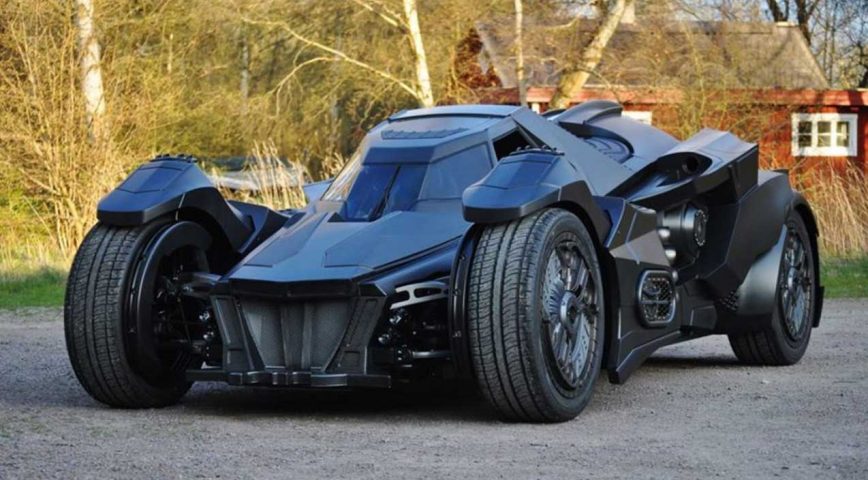