I think that most of us enjoy the feeling of pushing down the throttle now and again. ...

I think that most of us enjoy the feeling of pushing down the throttle now and again. There’s something about unleashing all that power that just feels so right. Beyond that, inside of us, there is a need for competition that can come out in the form of racing. This is where that whole developed adult brain can help us avoid bodily injury. There’s a reason why car insurance is much higher for young people.

One of the most important things in racing is picking the right time and place to do it. Racing in the street is always a situation that’s going to have some level of danger attached to it. It doesn’t take a rocket scientist to spell out the fact that a residential street is probably about the worst place possible to race.

A video posted by CBS Miami shows a situation where a couple of Florida teens chose the wrong place to drag race. Security cameras caught the footage as the 2 made their way down a quiet suburban neighborhood road. All seems to be just another day in the neighborhood.

Before we know it, though, the pair of SUVs comes back into the picture. Now, they’re side-by-side, racing down the narrow street. Things appear to simply escalate incredibly quickly as one of the vehicles ends up drifting off of the road. As it makes its way into someone’s front yard, eventually, it hits an incline and goes airborne. We’re not talking about a small bump – this is full Gone in 60 Seconds mode.

The SUV flipped over in the dramatic display, leaving a battered carcass of a machine. Thankfully, the driver and passenger were able to escape with just minor injuries, chief among them being some broken ribs. If this isn’t something that can teach better driving habits, we’re not quite sure what is.

Brass, Copper, or Steel - Which Metal is Stronger? The Hydraulic Press Finds Out! 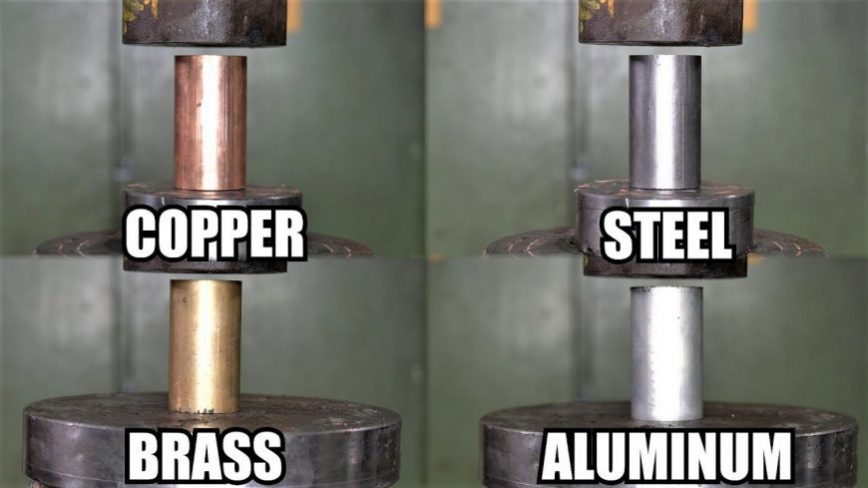