Back in the day, we saw a rise with the Jackass TV show phenomenon that would have ...

Back in the day, we saw a rise with the Jackass TV show phenomenon that would have people trying out all sorts of different stunts to try and push limits on what exactly was possible and how shocked they could make their viewers. To this day, it seems like people still seem to try and imitate that show in some way, shape, or form as for some reason or another, it has inspired plenty of people to go out there and try to the dumbest possible things that they can all in the name of an adrenaline rush and a cool video to go home with.

In this one, we check out a stunt that goes by the name of “Fly Fishing” that fits right into this category quite nicely. Basically, the stunt takes the opportunity to put a willing individual into a flat bottom boat and pull it behind a vehicle to gain a little bit of speed before being launched off of the ramp into the air where the rider will be left with no suspension to break his fall as he simply puts himself at the mercy of both momentum and gravity alike, calling for a little bit of cringe in the mix, especially when he completely misses the designated landing spot.

If you follow along with the video below, we have to warn you that it’s a little bit graphic but this one attempt to throw a little bit of shock factor in our direction as is the stunt is pulled off but definitely doesn’t execute to the full extent that it could have. However, I guess that that lack of execution kind of makes the video a little bit more entertaining to watch in some sort of messed up crash-and-burn way at the end of the day.

How To Launch A Boat With NO Boat Ramp! 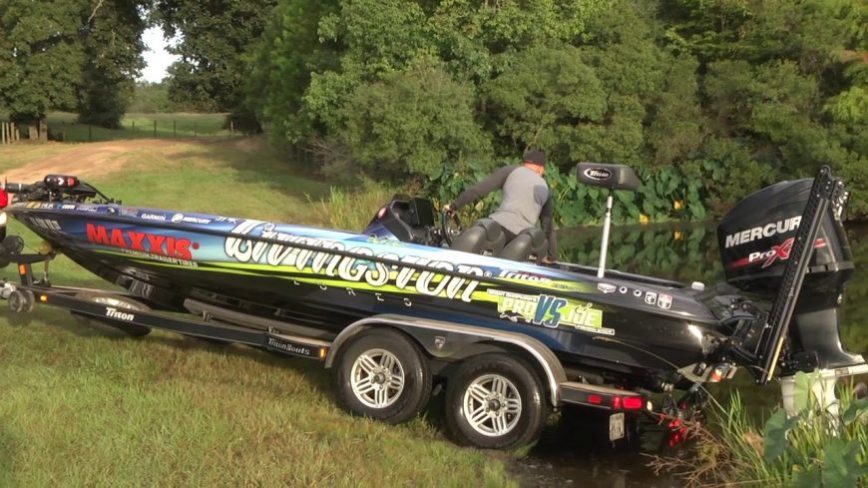